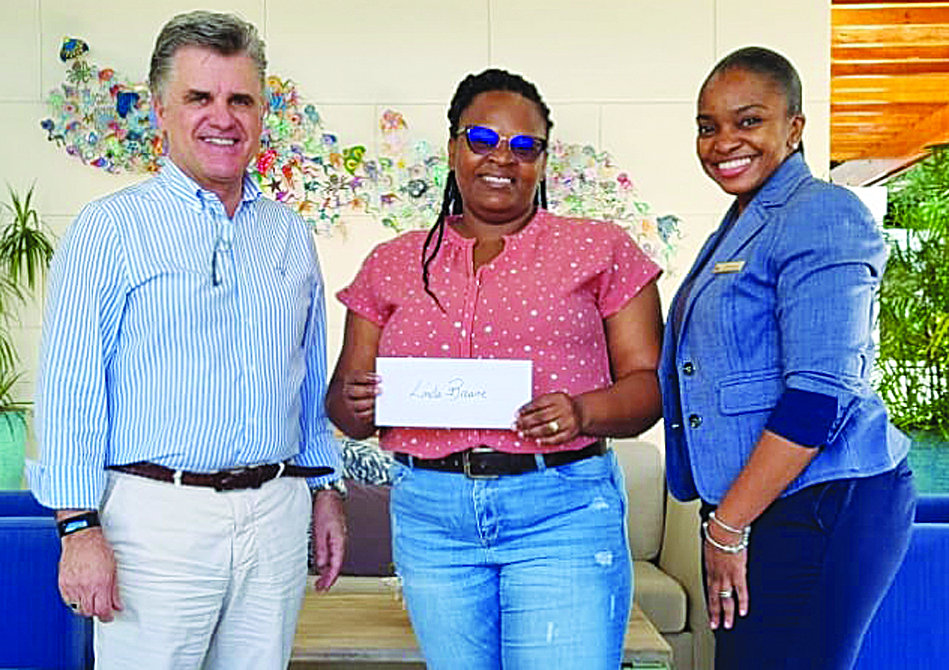 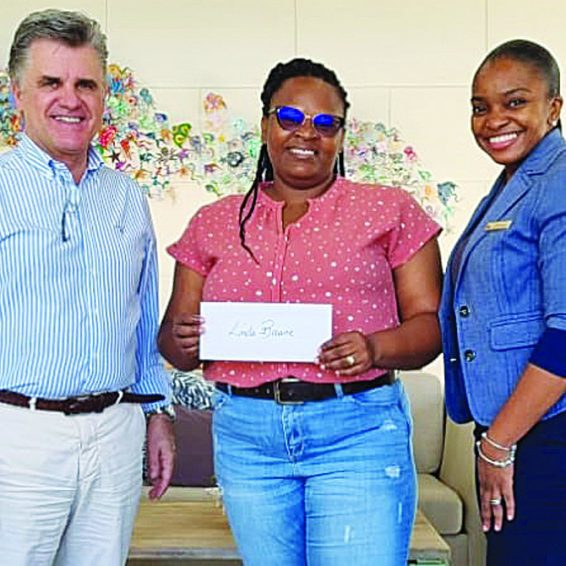 Mrs. Linda Browne Maloney, a former employer of Zemi Beach House located in Shoal Bay, Anguilla, has been fighting for her life against breast cancer. This is the second time that Mrs. Browne Maloney finds herself in this situation. Her first battle with breast cancer started in October 2017 – and following treatment she went into remission. In July 2021, she received news that her cancer had returned and had spread to her lungs and right hip. Linda was, and is, determined not to lose this fight. She thought it important not only to fight for herself, but also for her four children.
On hearing of its employee’s fight for her life, the Management Team at Zemi Beach House decided to help with the fund-raising efforts. A raffle was held by Zemi Beach House where persons in the community had the opportunity to win a Two night stay for two – including Buffet Breakfast – at the Hotel.

Funds collected from the raffle amounted to US$2,000.00 and the cheque was presented to Mrs. Browne Maloney by the General Manager of Zemi Beach House, Paulo Paias, and the HR Supervisor, Tanieshia Richards. Both persons also presented the raffle winner, Daeja Richardson, a sixth form student at the Albena Lake-Hodge Comprehensive School, with a certificate to claim her prize.
Linda travelled to Columbia where she received treatment and is currently on medication. She returns to Columbia in six (6) months for a follow-up. Her story continues to inspire others as she has an unwavering faith, and is not afraid to tell her story.
We, at Zemi Beach House Hotel & Spa, wish her the very best – and we will continue to offer our support as she fights this battle.