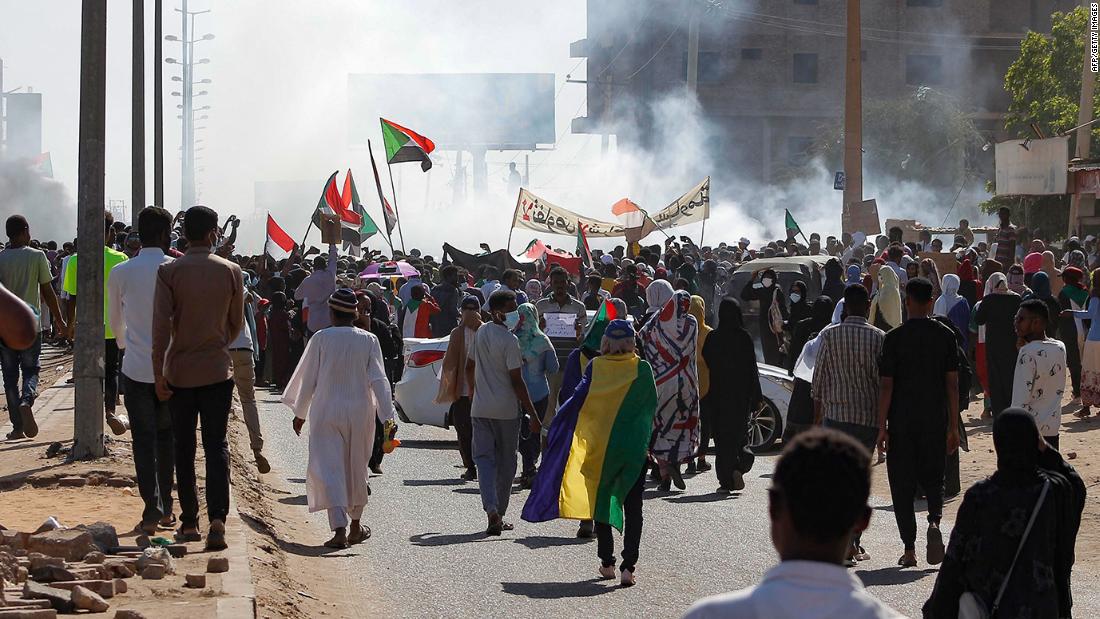 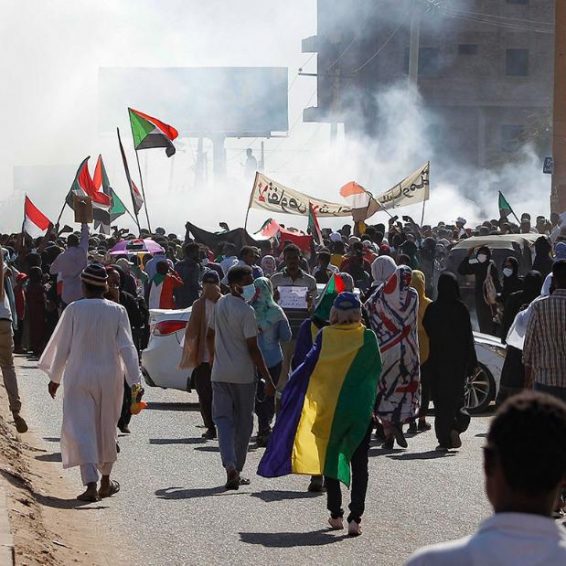 UN calls for investigation into allegations of rape during Sudan protests

The United Nations Human Rights Office said on Tuesday that it had received 13 allegations of rape and gang rape by security forces during protests in Sudan on Sunday, while opposition medics reported a second person killed.

Sunday’s demonstration drew hundreds of thousands of people to the capital Khartoum to protest against a military coup on October 25 and a November 21 agreement signed to reinstate the Prime Minister Abdalla Hamdok.
Demonstrators converged on the presidential palace, where they attempted a sit-in before being dispersed after sundown.
Officials from the Sudanese security forces reached by Reuters did not immediately respond to a request for comment.
The UN Human Rights Office spokeswoman Liz Throssell told a briefing that the office received 13 allegations of rape and gang rape as well as reports of sexual harassment against women by security forces as they attempted to flee. She did not give details of the alleged rapes or gang rapes.
Read More
“We urge a prompt, independent and thorough investigation into the allegations of rape and sexual harassment as well as the allegations of death and injury of protesters as a result of the unnecessary or disproportionate use of force in particular the use of live ammunition,” said Throssell.
Sudan’s military chief reinstates prime minister ousted after last month’s coup
One person was shot in the head by security forces in Omdurman, across the Nile from Khartoum, the Central Committee of Sudanese Doctors said in a statement, the second person to die as a result of Sunday’s crackdown, bringing the total death toll from anti-military protests since October to 47.
The committee had previously said that more than 300 people were injured in several cities during the protest, with some injuries from live bullets and tear gas canisters.
The Darfur Bar Association, a human rights group said in a statement “the emergence of rape [during protests] indicates the development in the type of crimes committed against revolutionaries, so it is the duty of all to join a campaign to prosecute the perpetrators and those behind them.”
A media adviser for military leader Abdel Fattah al-Burhan has said the army will maintain national security and was siding with the people’s aspirations for democracy.
Hamdok, who has not commented on Sunday’s events, has said he signed the agreement in order to put an end to bloodshed and maintain economic achievements.