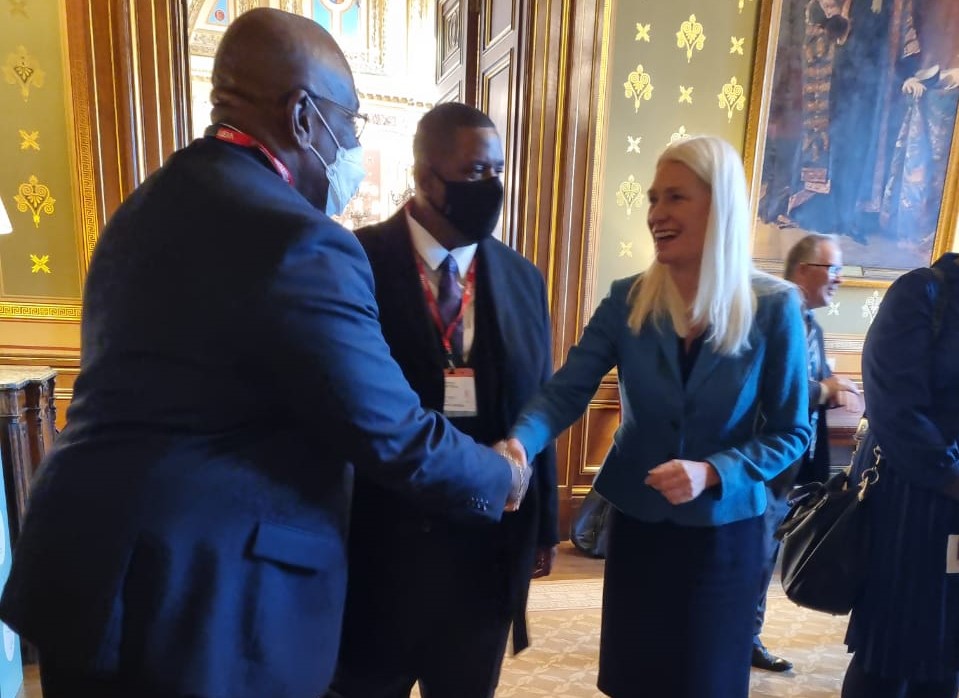 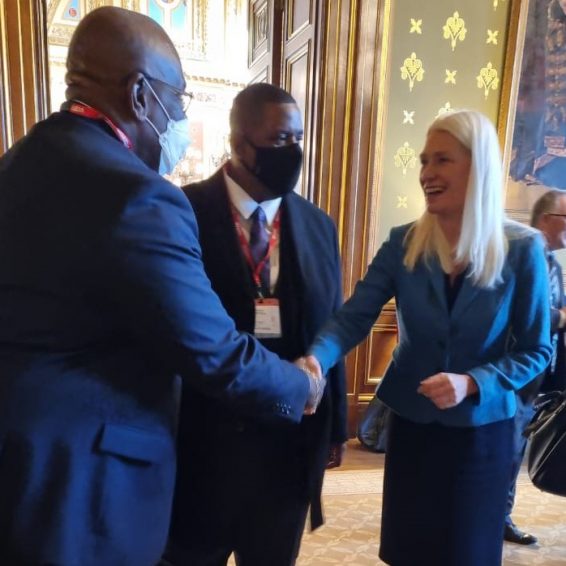 During the first day of the meeting on Nov. 16 in London, Mr. Fahie and other OT leaders met with the new Minister for Overseas Territories Amanda Milling and Foreign Secretary Elizabeth Truss to discuss future engagement and cooperation, according to a Facebook post from Mr. Fahie.

Ms. Milling said on Twitter on Nov. 16 she looked forward to speaking with OT representatives this week as they are “an integral part of the British family.”

The JMC meeting continues through Nov. 18.

Also on Nov. 16, the premier contributed to discussions on the environment and oceans, the International Maritime Organisation Instruments Implementation Code, UK-OT relations, and economic resilience, according to Government Information Services.

Virgin Islands leaders joined the first in-person Joint Ministerial Council meeting to be held since the beginning of the pandemic. (Photo: PROVIDED)

Ms. Milling said on social media that day two would focus on security and law enforcement collaboration, OTs’ contribution to “Global Britain,” building back from Covid-19, and the importance of increasing inclusivity in societies.

The premier also took a moment on Nov. 14 to lay a wreath at the Cenotaph in Whitehall at the UK’s Remembrance Day Sunday service to commemorate members of the armed service who died in the line of duty.

The Cenotaph is a war memorial in London that has been the centre of such commemorative events since World War I.

This marked the first time a serving VI premier laid a wreath on behalf of the territory — a role Ms. Bradshaw fulfilled in 2019 for the 100th anniversary of the national service, according to GIS.

That year marked the first time representatives from Crown dependencies and OTs were invited to participate, whereas the Queen and the foreign secretary previously laid wreaths in their honour.

Mr. Fahie said afterward he was honoured to pay such a tribute.

“While laying the wreath, I remembered and gave thanks to those noble Virgin Islanders who are military veterans and had served in the armed forces with such courage,” he said. “I was also honoured to lay the wreath alongside leaders from other overseas territories.”