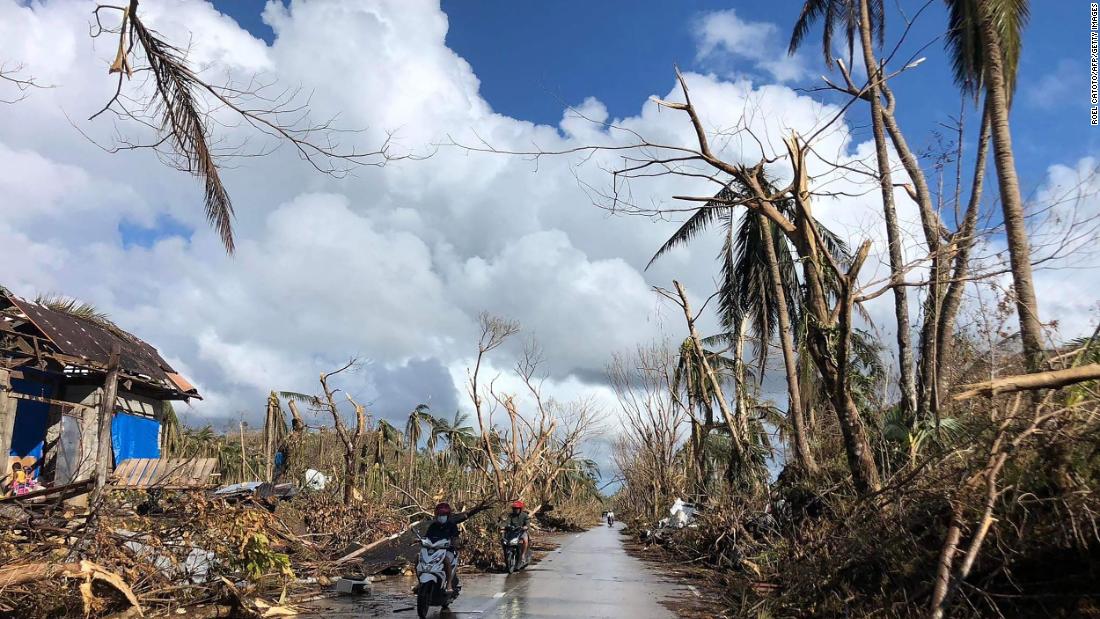 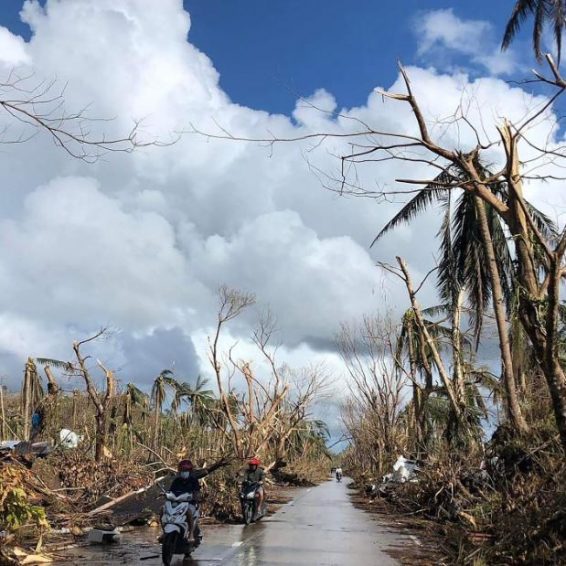 (CNN)The death toll from the strongest typhoon to hit the Philippines this year surpassed 300 on Tuesday as humanitarian agencies warned the true scale of destruction remains unknown, partly because rescue workers are unable to access some disaster-hit areas.

Super Typhoon Rai — known locally as Odette — has now claimed at least 375 lives since it ripped through the archipelago late last week, CNN affiliate CNN Philippines reported, citing the Philippine National Police (PNP). At least 515 people are injured and 56 still missing, the PNP said.
More deaths are expected to be confirmed as rescue operations continue. But aid workers face the difficult task of reaching some regions that are cut off due to debris-filled and waterlogged roads, some with telephone and internet connections down.
Items salvaged from a damaged structure due to Typhoon Rai in Cebu province, central Philippines on December 20, 2021.
Philippine Red Cross chairman Sen. Richard Gordon said Tuesday that five bridges in Palawan have been destroyed by the storm. Nearly 1 million people live in the western province, according to 2020 official figures.
“Homes are completely destroyed. We are trying to send urgent supplies including water, food and medicines,” Gordon said. “Communities have been completely cut off.”
Read More
Appealing to the international community, Gordon said funds for emergency rescue efforts were urgently needed.
“Millions are affected by this typhoon, and supplies are scarce,” he added.
Residents stand next to a destroyed market building in General Luna town, Siargao island, Surigao del Norte province, a day after Typhoon Rai devastated the island.
Rai, the 15th typhoon to hit the Philippines this year, made landfall on Siargao Island on Thursday, a popular tourist and surfing destination in the Caraga region of northeast Mindanao. It had initially packed winds of up to 260 kilometers (160 miles) per hour — equivalent to a Category 5 storm.
Many preemptive evacuations and storm preparations began earlier in the week as the country began seeing heavy rain, but millions were still left vulnerable.
As Rai traveled west, it ripped down homes, trees and power cables in its path, bringing with it heavy rain, widespread flooding and landslides. Communities were destroyed and hundreds of thousands left homeless by the storm.
In nearby Surigao City, one of the worst-hit areas, survivors were seen pleading on the roads for food and water, surrounded by uprooted trees and electricity poles. Police were seen removing broken branches from the roads.
Residents stand in front of damaged homes following Typhoon Rai in Talisay, Cebu province, central Philippines on December 18, 2021.
At least 4.1 million children have been affected by the typhoon, according to Save the Children. More than 16,000 families in hard-hit Caraga are estimated to be sheltering in cramped evacuation centers, it added.
Jerome Balinton, humanitarian manager of the organization, said the risk of disease spreading at these facilities is of “great concern.”
“We are are starting to see the emergence of water-borne diseases, including diarrhea,” Balinton said. “Sanitation is a huge issue at these evacuation centers. With the Philippines still battling Covid-19, we worry for the safety of millions, including the most vulnerable children.”
Balinton expressed concern over the longer-term struggles that might arise from the typhoon’s devastation, including food security and education issues.
“Although we haven’t determined the extent of damage yet, there has been widespread destruction to schools,” Balinton said. “Poorer, more vulnerable communities can be exposed to exploitation after this disaster.”
Scenes of the destruction were reminiscent of Super Typhoon Haiyan, known locally as Yolanda, which hit the Philippines in November 2013. That was one of the strongest storms to batter the nation, killing more than 6,000 people. Its powerful winds and enormous storm surge smashed buildings, destroyed roads and caused widespread power and water outages.
The human-induced climate crisis is making typhoons, hurricanes and cyclones more intense and destructive, and the Philippines is one of the world’s most climate-vulnerable nations.