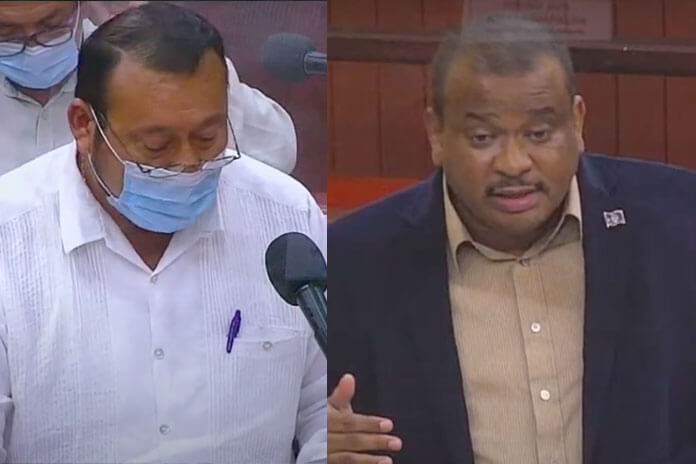 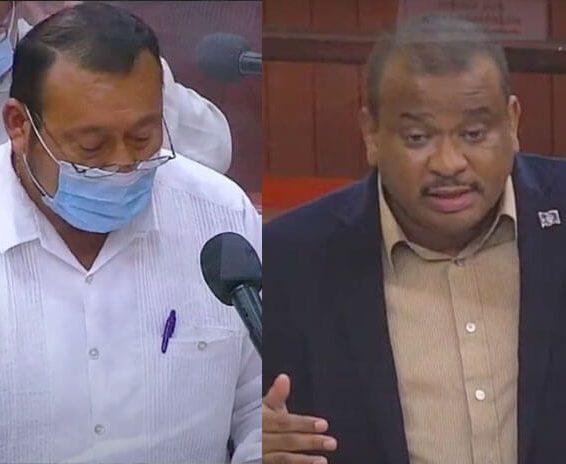 BELIZE CITY, Sun. Dec. 5, 2021- An amendment to the Sugar Industry Act was tabled during Friday’s sitting of the House of Representatives on the heels of a release from the Government of Belize which emphasized the urgent need for the harvesting of the sugar crop to start in December, as had been scheduled, despite the impasse between the ASR/BSI, which mills the cane, and the Belize Sugarcane Farmers Association (BSCFA), which comprises over 3,000 cane farmers. The new legislation tabled in the House appears to be an instrument designed to ensure that this can take place, since it will empower the Minister of Agriculture to “receive and deal with disputes and complaints,” related to sugar cane associations.

The new piece of legislation is also aimed at clarifying provisions regarding the election of officers in those associations. At this time, it is thought that a number of “rogue” sugar cane associations are controlling those organizations and, due to the by-laws of the associations, there is little that can be done by external entities such as the government to remove those leaders.

The Prime Minister mentioned in his remarks to the House that he has received complaints and sent letters requesting legal advice on how to address the issue of rogue leaders, but so far all responses they have received have indicated that the Government’s hands are tied.

“I’ve even sent the letters from members of associations to the Attorney General’s office. I’ve sent it to a private attorney, and all of them are saying that we are powerless. There is absolutely nothing that we can do in enforcing or ensuring that these associations follow their by-laws, not us, their by-laws, and these leaders know it, so they blatantly rub it in your face, saying that there is nothing that we can do unto them. We are not making these amendments today because we want to interfere,” Prime Minister Briceno went on to state.

But the legislation is being seen as an overreach by members of the Opposition as well as by members of some of the sugar cane farmers associations, who are calling it an infringement of the institutional autonomy of these associations. The added powers given to the Minister by virtue of the legislation may present other “problems,” instead of fixing the current issue, asserted Hon. Hugo Patt during Friday’s sitting of the House.

“What if we were to have a Minister of Agriculture that is extreme, that is inconsistent in his decisions, and yet we would have a piece of legislation that actually grants the Minister of Agriculture, if I may call it, unlimited powers. Section 38A, in my opinion, is going too far from that, Member. My advice, we are rushing through a piece of legislation that, as I said, instead of fixing one problem, we might just fix one and we end up creating another.” Patt said.

The Leader of the Opposition, Hon. Patrick Faber, said that the introduction of this piece of legislation which further empowers the Agriculture Minister, is a breakaway from the good governance reform agenda on which the PUP was elected. He reminded members of the House that this administration promised a reduction in ministerial powers.

“You see, the Prime Minister and his government came in on a platform of good governance, and one of the pillars of that good governance plan that they shared was that they would reduce ministerial power. Correct me if I am wrong, and here you have, I believe this is the 3rd or 4th piece of legislation,” Faber remarked.

And while Faber expressed objections to a bill which he believes will be “putting greater power in the hands of the minister,” the BSCFA has issued a release in which it declares support for the Government’s decision to rein in those “rogue” associations which they accuse of even human rights violations.

The release, which was issued late Sunday evening, states, “Belize Sugar Cane Farmers Association represents 3,365 cane farmers in the sugar industry and fully supports this amendment because it ensures that the human rights of members are protected and respected and that good governance prevails in the operations of the associations. This support by the BSCFA of this amendment is rooted in the various international conventions relating to human rights.”

This opinion is the polar opposite of the stance of two other sugar cane associations, the Progressive Cane Farmers Association and Corozal Sugar Cane Producers Association, which publicly voiced their concerns regarding the passing of the new piece of legislation on Friday.

In a press release issued on that day, those associations stated, “We view the passage of this legislation through the first stage without dialogue with ourselves as a heavy-handed and very troubling step. The Associations are newly independent and were given birth after the affirmation by the Supreme Court of Belize of the applicability of the constitutional right to freedom of association to the sugar industry. This right, in our opinion, would be rendered meaningless without the Associations’ having the corresponding freedom to govern themselves and conduct their elections independently. This raises, therefore, greater concerns about the concentration of power in any Minister of Agriculture to have the final say to resolve disputes as today’s behavior could well be regarded by some as an omen.”

In addition to pointing out that the legislation was passed without any consultations or dialogue with the associations, those two associations also stated in their release that they had sent written communication to both the Belize Sugar Board and the Minister of Agriculture laying out the reasons for their postponement of elections within those bodies. They mentioned their inability to organize a mass gathering due to COVID-19 protocols as well as, in the case of the CSCPA, a petition by members which indicated their desire to delay new elections and maintain the current status quo in their leadership.

That delay in the holding of elections within these associations, however, is being seen as a play by leaders to maintain a hold of power over those organizations. The PM stated that while he believes that those associations should act independently, those yearly elections must occur.

The BSCFA, in their press release, stated that the Government is, in fact, obliged to become involved in setting the course of those rogue sugar cane associations right, since they are charged with protecting the country’s citizens from human right violations by third parties, “including business enterprise such as the associations.”

The BSCFA release further states, “Government must, therefore, protect against human right abuse within their territory and/or jurisdiction by third parties, including business and enterprises such as the associations. This requires taking appropriate steps to prevent, investigate, punish and redress such abuse through effective policies. Legislations, regulations and adjudication.”

Hon. Faber, however, expressed the view that the legislation creates a big stick that could be wielded by Ministers of Agriculture if they so choose.

“I join with my colleague from Corozal North to say that I believe the Minister has good intentions, and I can understand the frustration, but the answer to this cannot be to big stick it by putting legislation and also, in fact, the legislation is a concern, but the bigger concern is the power that is going to be left in the hands of the Minister, and as I have said, that is with all due respect to the current Minister, who I believe genuinely wants to solve this issue.” Faber said.

“I don’t crave power, but our hands were tied,” Agriculture Minister Hon. Jose Mai said during his remarks to the House.