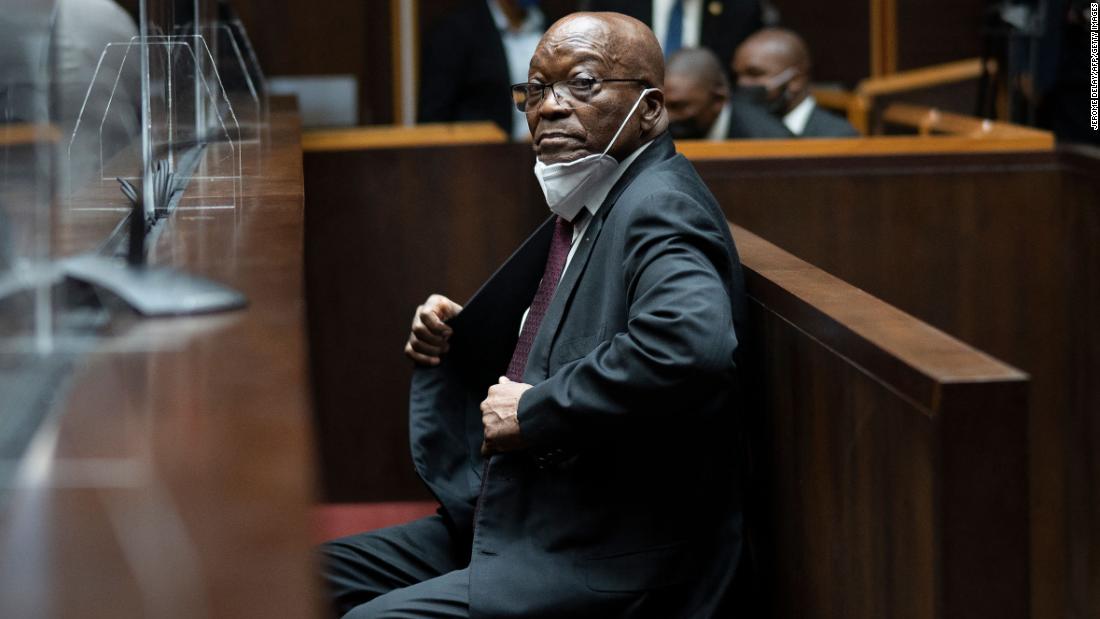 1 month ago·1 min read
ShareTweetPinShare
Home
World News
South Africa’s High Court orders former president Zuma to go back to jail
The content originally appeared on: CNN
The 79-year old began medical parole in September, and is serving a 15-month sentence for contempt of court, after he ignored instructions to participate in a corruption inquiry.
In the same month, South Africa’s top court dismissed a bid by Zuma to overturn the sentence.
The legal processes against him for alleged corruption during his nine-year reign are widely viewed as a test of post-apartheid South Africa’s ability to enforce the rule of law, particularly against powerful, well-connected people.
Zuma handed himself in on July 7 to begin his prison sentence, triggering the worst violence South Africa had seen in years as his angry supporters took to the streets.
Read More
Former South African President Zuma released from prison on medical parole
The protests widened into looting and an outpouring of anger over the hardship and inequality that persist in South Africa 27 years after the end of apartheid. More than 300 people were killed and thousands of businesses were pillaged and razed.
Zuma’s legal team are appealing the latest court ruling, his foundation said.
“The judgment is clearly wrong & there are strong prospects that a higher court will come to a totally different conclusion,” the foundation wrote on Twitter.
South African military deployed as ex-leader Zuma jailed and looting spreads
The Department of Correctional Services said that it was studying the judgment and will make any announcements at a later time.
Zuma’s presidency between 2009-2018 was marred by widespread allegations of graft and wrongdoing, and he faces a separate corruption trial linked to his sacking as deputy president in 2005 when he was implicated in a $2 billion government arms deal.
That trial against Zuma, which has been held up for many years, on multiple charges including corruption, racketeering and money laundering, is expected to continue next year.
He denies wrongdoing in all cases and say he is the victim of a political witchhunt meant to marginalize his faction within the ruling African National Congress. The party said only that it had received the judgment.