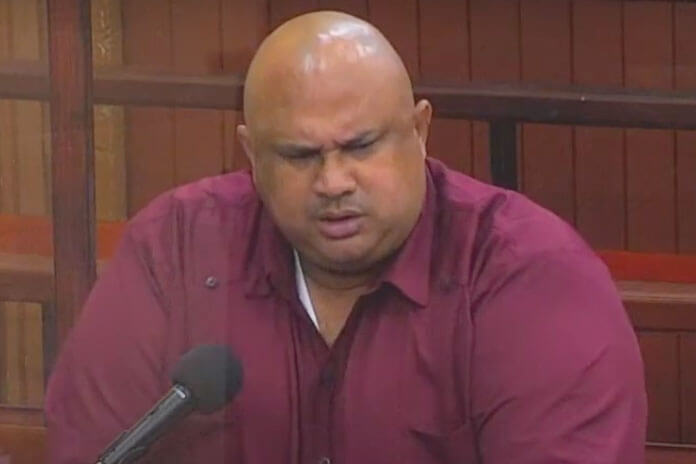 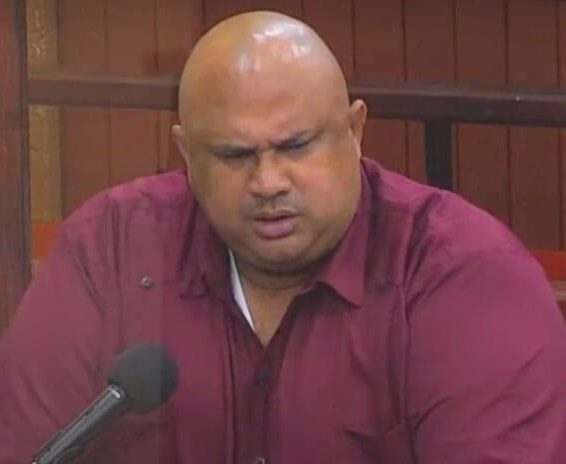 BELMOPAN, Tues. Dec. 7, 2021- At last Friday’s sitting of the House of Representatives, the Prime Minister, Hon. John Briceno, introduced another supplementary appropriations bill in an effort to secure an additional $45 million outside of the current budget to cover various expenses and outlays, which he proceeded to outline at that meeting. Those expenses include outstanding contract obligations, infrastructure development, countrywide streetlight installation, and compensation for land acquisition under the previous UDP administration, among others.

This Tuesday, the bill made its way to the Senate floor and was introduced by the Senator for Government Business, Hon. Eamon Courtenay, for debate. The Lead Opposition Senator, Michael Peyrefitte, was quick to point to the bill as an indication of either questionable spending by the government or of the administration’s incompetence in budgeting. Senator Peyrefitte also questioned the urgency in the PUP administration’s introduction of another supplementary bill, just two months after a supplementary bill was introduced in October of this year:

“We came here, Madame President, on October 25th with a supplementary. Now, we’re coming back here December 6th with another supplementary. So, what the government is telling us, Madam President, is that in October, they anticipated they needed more money than they had budgeted for to take them to March 2022. So, we have to assume that when you bring a supplementary budget in December, you are saying that something happened between October 25th and today to make you believe that you need more money that you didn’t anticipate that you needed in October. The government has to explain the urgency. And I know that there is a law in terms of the percentage that you can ask for in your different supplementary. But then, when you add it all up, this government did a budget of, for example, a hundred dollars and before the end of the year they’re coming back asking for an additional fifty to sixty dollars. For what? That means that at the time of making the budget in March, there was no real planning by this government. This government is feeling its way. This government doesn’t know what it’s doing. Because there is no way if you plan your budget properly you need to bring a supplementary in October and then bring one right back in December for some of the very same things. What are you doing?” Peyrefitte remarked.
Two social partner senators–Senator Osmany Salas, who represents the country’s NGO’s, and Senator Elena Smith, the labor unions’ representative, rose to echo some of the questions posed by Senator Peyrefitte after he went through every line item listed on the budget and called the expenditures into question. In her capacity as representative for the National Trade Union Congress, Senator Smith referred to the emoluments listed in the budget as an insult to public workers whose salaries were reduced by ten percent earlier this year:
“When we look through this supplementary, for example, and we look at these personal emoluments, as my colleague said, my goodness, this is a slap in the face to us. Those of us who had to sacrifice – we had no choice; despite we did not agree, we had no choice. And yes, we have been thanked for that sacrifice we have made, because our sacrifice that we made has enabled the government to get rid of the Superbond. Nonetheless, Madam President, many of these additional funds here, we see personal emoluments. Again, no explanation. We have repeatedly requested that when we get these sorts of things that we get sufficient details. That we don’t have to come here and ask these questions and then we get responses and in giving responses we get responses, ‘oh do your homework and you must read, and you must do this’, but what can I read if I don’t get it? I don’t have it, so I can’t read it. And so, we have to be fair with all of us here. Because I will tell you, and I keep saying it. I can speak for us from the union. There’s no time when anybody calls us to give us any additional information. And so, we can only go by what we have here. And so, it’s unfortunate, as my colleague said, that we were here in October, and we are here again. And when we look at the amounts that we are approving again, it really and truly begs a lot of questions,” Smith said.
Senator Smith went on to urge the PUP administration to operate based on transparency — something they passionately pleaded for when they were serving as the Opposition. Notably, several other senators rose to highlight their concerns with the allocations in the supplementary bill, with few if any rebuttals in the GOB’s defense during the debates beyond certain concessions.