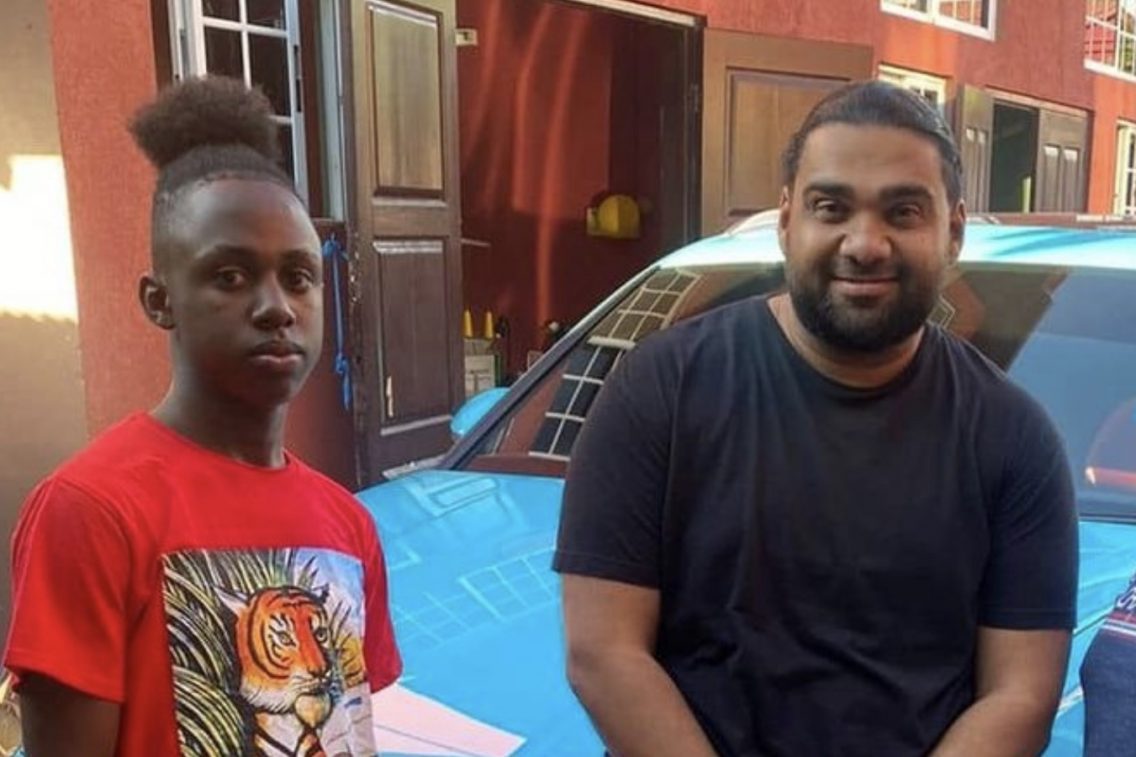 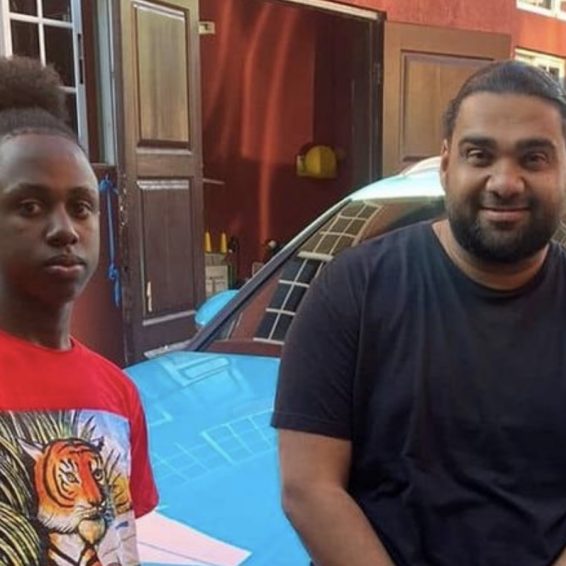 Romeich brings up-and-coming artiste, Ruption, into the studio to voice his song that went viral online, and the commendations are pouring in.

Not only was it the best birthday present a parent could ever receive, but the voicing of the song also facilitated a young man getting his foot through the music industry door, courtesy of Romeich Entertainment. He jumped on the opportunity to snag the up-and-coming artiste after seeing his raw talent on a video that has blown up on social media.

The young artiste who goes by the name ‘Ruption’ thought he was simply going to surprise his mother on her birthday with a song but instead was surprised by all of the attention he has been receiving since he performed at a party. The song was so heartfelt and touching that it was shared countless times until it caught the attention of Romeich Major, one of the music industry’s hottest managers who could potentially change the trajectory of Ruption’s life.

In just a few days, Ruption already has 25,000 followers on Instagram. Referring to Romeich as ‘Fada’, Ruption posted that the musical journey for him has started and added “Neva tell a lie, respect bro, you mek it happen in a blink of an eye.” An accompanying picture of Ruption, his mother, and Romeich posing outside a studio showed that the young man is indeed under the guidance of the music producer and talent manager.

The viral video that has been making the rounds showed Ruption shirtless, standing in a yard spitting lyrics of love to a woman dressed up in a burgundy velvet dress who was sporting an “It’s my birthday” sash. Going hardcore and original with his feelings while holding a cup in hand, his emotions definitely ran over as he looked at his mother and told her exactly how much of a positive impact she has had in his life and how she has always been there for him through thick and thin.

At what appeared to be a small birthday party for her, Ruption surprised everyone when without any prompting, he simply pulled his mother into the limelight and deejayed, “Haffi mek you proud and d whole family too, man a hol it like a soldier and gwan do the do. But you know me love you mommy, everything me do fi you, never lef me side, me stick on like a glue. You ask fi one a dem deh, d one wey brand new, haffi mek you proud, memba me a d last mommy. When me waa supm, me know me can call on you, a you alone gi me.”

In the background, friends and family were heard loudly cheering him on as they were stunned at the level of maturity of his lyrics and how well he expressed himself. Emotions eventually got the better of him, and his performance was cut short as his mother embraced him and two hugged tightly while those around them applauded the scene.

With his new affiliation to Romeich Entertainment, Ruption stands to benefit significantly as the music producer boasts over one million followers on Instagram, operates a million-dollar clothing enterprise, and manages popular artists such as Ding Dong and Shenseea and most recently Skeng.