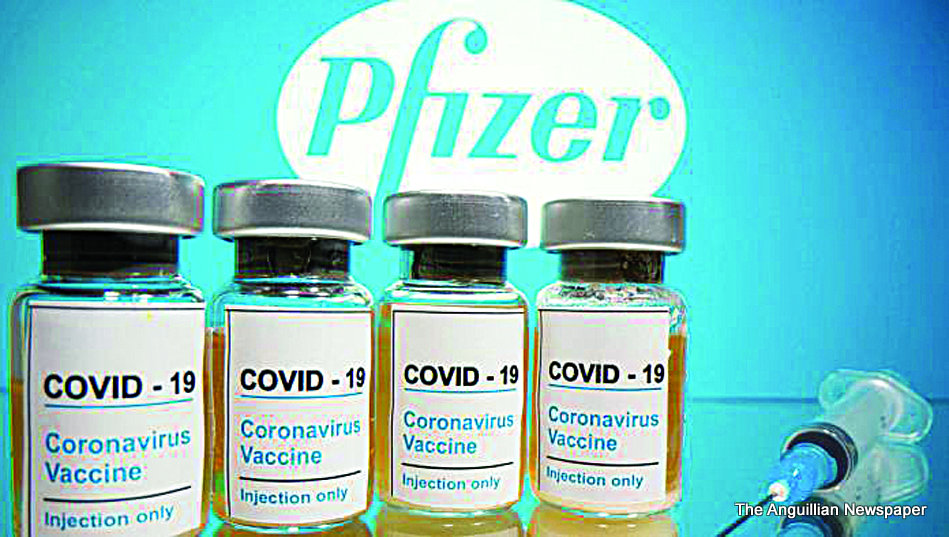 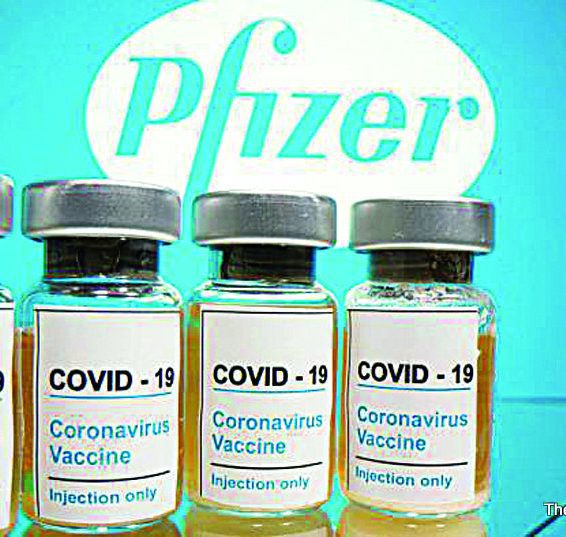 Premier and Minister of Finance and Health, Dr. Ellis Lorenzo Webster, has announced that a supply of the Pfizer vaccine for 12-17 year-olds in Anguilla, as well as booster shots for other persons, will be received on the island on Wednesday, November 3.

The vaccines have been again made available by the UK Government which provided thousands of doses of the AstraZeneca vaccine to Anguilla over the past months, free of charge.

Speaking on Monday, October 25, Premier Webster said: “We have done what we could with the vaccine we received so far. The UK Government has given us more vaccines and now we will be able to get AstraZeneca doses for those who just had one dose. That is coming next Wednesday and we will also get the Pfizer vaccine to do booster shots, for children 12-17. And those who did not want to take the AstraZeneca, for whatever reason, they will have the chance to take the Pfizer vaccine.”

The Premier said that the week, following the arrival of the new vaccines, around November 9 or 10, the Health Team should begin the deployment of the treatment. “We will use the Rodney MacArthur Rey Auditorium as the site for that,” he explained. “We want parents to make sure that we get consent to vaccinate their children. We will start with the elderly for the boosters, but then that will continue with two doses of AstraZeneca. We are also looking to ensure that healthcare workers, who are exposed on the frontlines, get theirs early also.”

Noting that the additional vaccines were arriving at a time when the tourist season had just started, the Premier stated: “We want to protect the health of our people, so if we could keep the positive cases down that would be good – and there would be less chance that persons would come into contact with someone who is positive and can be infected and transmit the disease. Secondly, there is a certain rating that you get. Right now, we are at level three which says that people are advised not to travel to jurisdictions. When we get at level four that, basically, is a severe warning not to travel. We depend on tourism which is 85 percent of our economy and people look at that. If your level is that high, they would say there is an increase chance that they would be affected if they come to Anguilla. The other thing, that tourists look at – and I am seeing this more and more – is your vaccination penetration in the country.
“Right now we are about 59 percent of persons who are fully vaccinated, and we always said our herd immunity was about 70 percent so we still have about 20 percent who are not vaccinated and who are eligible. We also have a lot of children who can be vaccinated at the age of between 12 and 17, with the Pfizer vaccine, that has been approved. So we would like for parents to take that into consideration so that we can get a higher penetrance of vaccinated persons – and that will help to bring down the numbers; and then we can get our rating back down.”
The Premier added: “We used to be at level one for a long, long time when we had sporadic cases. Now we have community spread which means that we have persons getting infected in the community, but who did not travel. We know that is there and we want to control it as best as possible.”