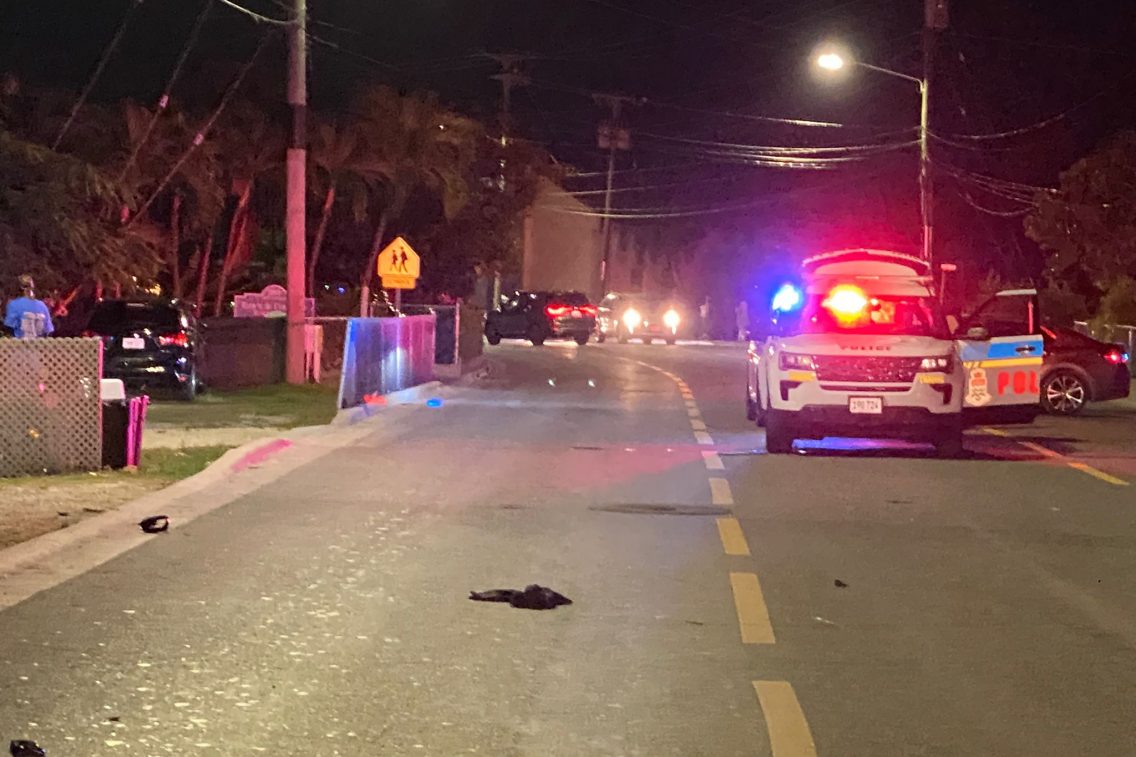 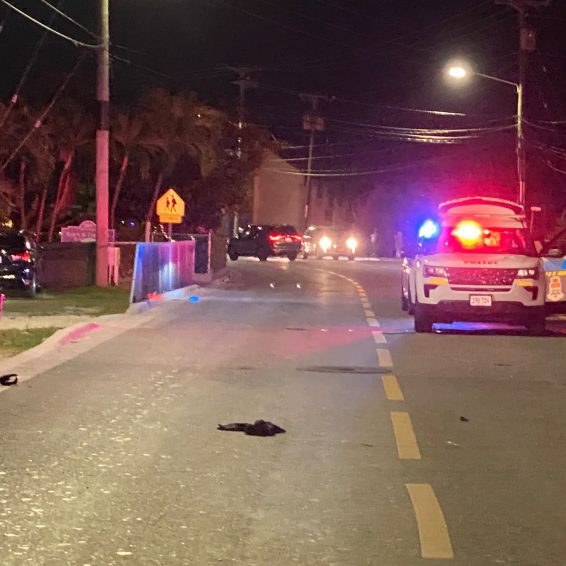 One man remains in hospital after being injured in a hit-and-run on Smith Road Saturday evening, the Royal Cayman Islands Police Service confirmed.

Police said officers and other emergency services responded to a collision scene on Smith Road, where it was reported that a male pedestrian was struck by a car and was laying on the roadway.

This shoe was left behind after the injured pedestrian was taken to hospital. -Photo: Taneos Ramsay

The vehicle, which police described as a dark coloured sedan, fled the scene after the collision.

The victim was transported to the hospital by ambulance where he was assessed and treated for what is believed to be non-life-threatening injuries, police added.

The incident is currently under investigation.

RCIPS said anyone with information is encouraged to call the Traffic and Roads Policing Unit at 649-6254, or the George Town Police Station at 949-4222.