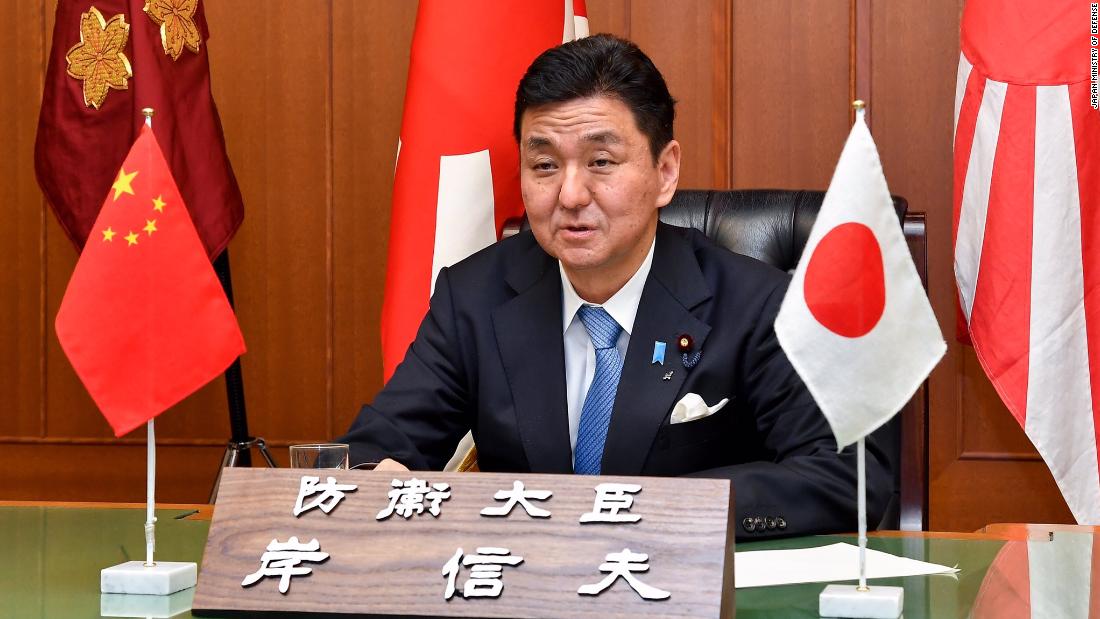 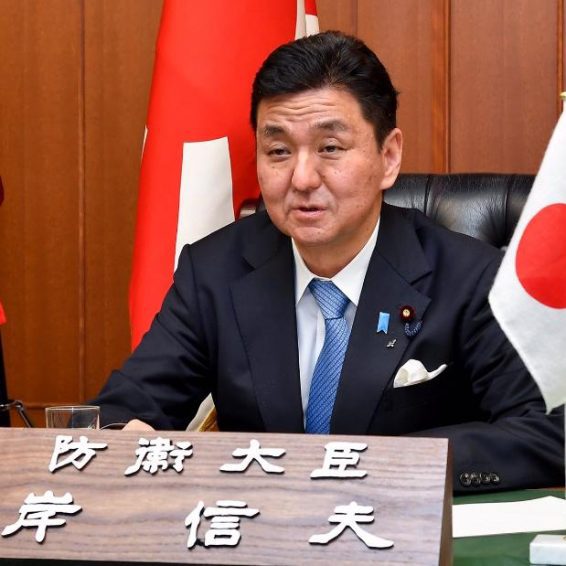 Hong Kong (CNN)The defense ministers of Japan and China on Monday agreed to set up a joint communication hotline by the end of 2022, a news release from Japan’s Defense Ministry said, amid tensions between the East Asian neighbors.

China’s Defense Ministry confirmed the hotline agreement in a statement without giving a date for its implementation.
The agreement — reached during a two-hour video conference between Japan’s Nobuo Kishi and China’s Wei Fenghe — comes with their countries in dispute over Taiwan and issues in the East and South China seas.
The ministers discussed those differences during the meeting, including their competing claims to an uninhabited rocky island chain in the East China Sea controlled by Japan but which Chinaclaims as its sovereign territory.
Replay
More Videos …

Analysts warn of intensifying arms race across Asia 03:55
Japan has administered the islands, known as the Senkakus in Japan and Diaoyus in China since 1972, but tensions over the chain, 1,200 miles (1,900 kilometers) southwest of Tokyo, have simmered for years.
Read More
China has been dispatching government ships, including coast guard vessels to the chain with increasing frequency, something Japan views as a challenge to its internationally recognized sovereignty over the islands.
“Minister Kishi delivered that Japan opposes attempts of unilateral change to the status quo by coercion and that Japan possesses grave concerns against such actions, while pointing out individual events such as activities by People’s Liberation Army and China Coast Guard vessels,” read a statement from Japan’s Defense Ministry released after the ministers’ meeting.
In a statement after the meeting, China stood by its sovereignty claims over the islands.
“China will firmly safeguard its territorial sovereignty and maritime rights and interests. The two sides should focus on the overall interests of bilateral relations and strive to maintain stability in the East China Sea,” said a release from the Defense Ministry.

While the Senkakus/Diaoyus have been at the center of Japan-China tensions for years, Tokyo is showing increasing concern over the situation around Taiwan, the self-governed island 200 kilometers (124 miles) off the eastern coast of China but also just 110 kilometers (68 miles) from the southern Japanese island of Yonaguni in Okinawa prefecture.
Taiwan’s President says the threat from China is increasing ‘every day’
Taiwan and mainland China have been separately governed since the Nationalists retreated to Taiwan at the end of the Chinese civil war more than 70 years ago. Taiwan is now a flourishing democracy but the mainland’s ruling Chinese Communist Party continues to view the island as an inseparable part of its territory — despite having never controlled it.
Japan, which controlled Taiwan from 1895 until the end of World War II, sees the island as central to its national security.
When Tokyo released its annual defense white paper in July, it contained its strongest language ever on Taiwan, saying “stabilizing the situation surrounding Taiwan is important for Japan’s security.”
At the time, Kishi said it should be monitored with “a sense of crisis.”
In an interview with CNN in September, he gave specifics.
Replay
More Videos …

See what Japan’s largest military drill in 30 years looks like 02:32
“What’s happening in Taiwan is directly linked to Japan,” he said, noting the island sits astride his country’s “energy lifeline.”
“Ninety percent of energy that Japan uses is imported through the areas around Taiwan,” Kishi said.
In his meeting with Wei on Monday, Kishi “stated that peace and stability across the Taiwan Strait is extremely important for Japan’s security as well as stability of the international community,” the Japanese Defense Ministry release said.
Kishi also extended that language to cover the South China Sea. Beijing claims almost all of the 1.3 million square mile waterway as its sovereign territory and over the past several years has built up military fortifications on several islands.
But specific islands and waters in the South China Sea are claimed by several states and islands that surround it, including the Philippines, Vietnam, Malaysia, Indonesia, Brunei and Taiwan.
Beijing has impeded commercial activity like fishing or mineral exploration by some of those countries as it stakes ownership of territory it claims has belonged to China for hundreds of years.

Earlier this year, China instituted new laws to enforce its claims to the South China Sea, including a demand that a range of foreign vessels will be required to provide detailed information to Chinese authorities on entering “Chinese territorial waters.”
That followed a law introduced in February that allows the Chinese Coast Guard to use weapons to protect China’s national sovereignty, an action previously reserved for units of the People’s Liberation Army.
Replay
More Videos …

Tensions between mainland China and Taiwan spark debate inside Biden administration 02:37
Kishi told Wei on Monday that “Japan strongly opposes any unilateral attempts to change the status quo by coercion and any activities that increase the tension over the South China Sea issue,” specifically citing the new coast guard law, according to Japan’s Defense Ministry.
The Japanese defense chief also expressed concern over China’s military buildup, which has seen the PLA Navy become the world’s largest in the past few years.
But Japan has also been increasing its defense budget, including adding $6.75 billion in November to its already record annual military spending in a rush to bolster air and maritime defenses.
Tokyo has also been conducting a years-long defense buildup in the face of challenges from China and North Korea, including buying US-designed F-35 stealth fighter planes and converting its so-called helicopter destroyers into aircraft carriers, giving Tokyo that type of warship for the first time since World War II.