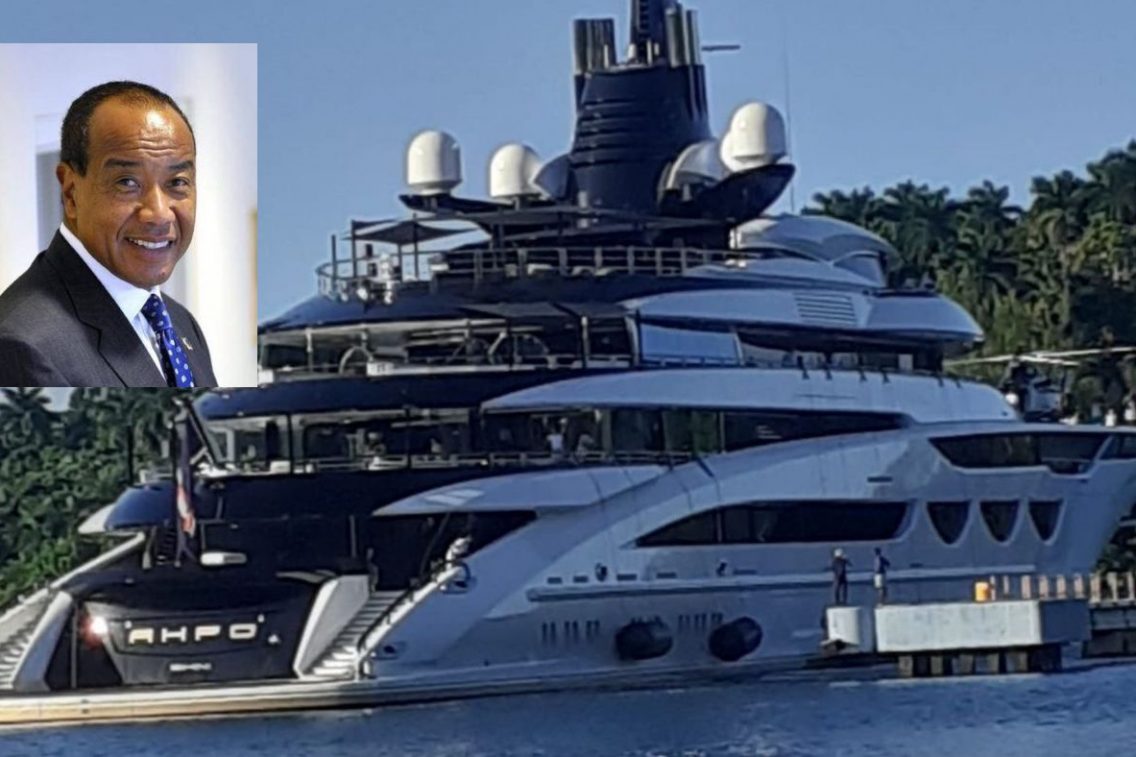 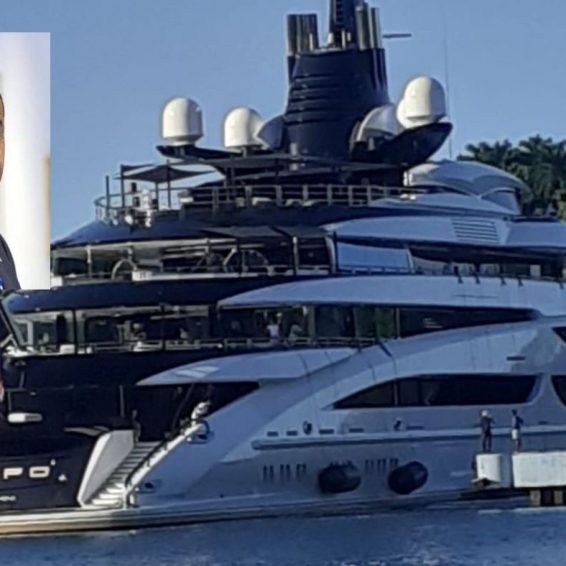 The billion-dollar superyacht was spotted traveling to Portland, where it docked close to the residence of one of Jamaica’s richest men- Lee-Chin.

Chin, who owns the National Commercial bank and a range of related companies, is often given idol status by Jamaican entertainers like Vybz Kartel, who once sang, “me waan get a billion dollar like Mr. Lee Chin.”

The self-made billionaire is just one of 13 black billionaires in the world, and he’s a big deal in Jamaica because of this.

The luxury yacht is docked in Port Antonio, Portland, and is pretty impressive. A video shows the 377-foot yacht sailing while a helicopter seems to land on a helipad right on the deck of the vessel.

According to recent reports, the superyacht Apho recently completed sea trials and was finally delivered to Chin this week. With his superyacht docked in Jamaican waters, it presented new inspiration for Jamaican people as the business magnate is one of the first black billionaires listed by Forbes’ in 2001 and often referred to as the wealthiest Jamaican.

Michael Lee-Chin’s fortune is mostly his 60% stake in National Commercial Bank Jamaica. His philanthropic acts include his $30 million donation to the Royal Ontario Museum and many other charitable acts in Jamaica.

Like every other billionaire, the tycoon has been described as a “yacht connoisseur.” The Apho was built by the German Lurssen shipyard and was designed by the famous Nuvolari Lenard studio.

The vessel comes with six decks, including a gym and a beauty salon, as well as a spa, swimming pool, and jacuzzi.

The 70-year-old billionaire who is private about his life also seems keen to entertain as the luxury vessel has a dancefloor with a piano and comes equipped with a movie theater.

There are seven luxurious suites on board for guests to get a good night’s sleep. Other functionalities include Wi-Fi connectivity and a premium underwater lighting system.

The shipyard says the yacht has eco-friendly features, including a Dynamic Positioning capability that helps “preserve delicate marine environments” and a heat recovery system for heating the swimming pool.

“Lee Chin yacht a motivate me,” one person tweeted.

“For perspective, the largest private yacht in Jamaica is 92+ft. Lee Chin’s vessel is 377 ft! That’s longer than an NFL football field or a soccer field.”

The billionaire previously owned the ‘Quattroelle’ valued at $250 million prior to owning the Apho. According to the Jamaica Observer, that vessel was 283 ft long and was one of the most impressive yachts at the annual Monaco Yacht Show.