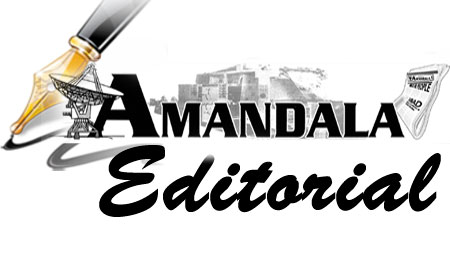 Mon. Dec. 6, 2021
Somewhere along the line, some politicians in Belize got the idea that government would be run much better, more effectively and efficiently, if it was run like a private sector business, and Prime Minister John Briceno is likely another such politician.

Through the colonial and self-government years, First Minister, then Premier, (later Prime Minister) George Price was well-schooled in the operation of the British-modeled public service, with all its benefits and flaws, where new employees were ceremoniously introduced to the two-book “bible” of the civil service, namely the “General Orders” and “Stores Orders.” And, from all indications, he ran a “tight ship.”

So much so that in the years following Independence in 1981, when the global financial shocks following the Iran-Oil Embargo had reached and strangled the Belizean economy, certain pro-business members of his own PUP Cabinet reportedly began agitating against the perceived influence of then “left”-leaning Cabinet newcomers Said Musa and Assad Shoman upon the leadership of Prime Minister Price.

And, when the fractured unity of the PUP along with the post-1981 Heads of Agreement anti-government momentum, plus the effects of the financial crisis due to a cataclysmic drop in world sugar prices, helped usher in a new UDP government in 1984, the new Prime Minister, Manuel Esquivel soon complained of the restrictions and inconveniences he encountered in trying to run the country under the public service system he inherited. He is reported to have made it known that he much preferred “strong government.” And one thing led to another.

It was the 1984-89 UDP government that first introduced the post of Executive Officer to represent and facilitate the interests of the governing party alongside the long established Permanent Secretary post in the Belize public service. And later on, the 1998-2003 PUP government went a step further with a CEO (Chief Executive Officer), and completely abolished the post of Permanent Secretary, which had long been the top career post in the civil service that necessitated a progression through many ranks of government departments and associated training in public administration, etc. The Permanent Secretary had been, in effect, the chief engineer that oversaw the running of the government engine in each department/ministry; and it was his job to tell his particular minister what the engine could and couldn’t do, without causing great harm, like blowing a gasket, burning a piston, or even breaking a crank shaft and making the vessel of the ship of state unable to move forward.

There have been only a few strikes of the Public Service Union (PSU), notably during the 1981 Heads of Agreement crisis, and the 2005 nationwide unrest, and the national impact has been great. But the most recent PSU strike attempt earlier this year against a 10% salary cut, coming as it did in the midst of Covid-19 restrictions, pretty much fizzled, and may have reinforced this administration’s confidence, bordering on arrogance. However, taking the PSU lightly may not be the best option going forward.

The Public Service Union has generally worked closely with whichever government is in office, and the harmonious relationship was enhanced through the special attributes of the trained Permanent Secretary whose task it was to try and see the implementation of the policies and projects presented by his Minister. With the P.S.’s guidance through the bureaucracy of the public service system, things eventually got done, but not always at the speed desired by the Minister. The plus of that system was that monies and equipment were accounted for, wastage of resources was at a minimum, and corruption was kept in check.

The Belizean people have witnessed ballooning national debt over successive PUP and UDP administrations, and it is generally felt, and publicly expressed on numerous occasions, that it is since the undermining and finally replacement of the office of Permanent Secretary with that of the CEO, that the problem of wastage of government resources and corruption has become a big problem.

In 2008, the UDP campaigned on a platform of ending corruption in government. And they won by a landslide. But the CEO remained. And corruption seemed to get worse. Or so the people thought; because their cries on the various radio and television talk shows were loud and clear, so that again the matter of corruption was a major issue in the PUP manifesto leading up to the November 2020 elections.

And in 2020 it was the PUP winning a massive landslide victory. But the CEO post has remained. And there continue to be problems.

Corruption has not reared its ugly head yet in this PUP administration, at least not in a big way. Some bold-faced actions have been implemented that left citizens wondering if that is okay; but there has not been anything that glaring, for there to be a loud scandal with cries of corruption ringing out, as it often did during the past administration. But it has been a bumpy one-year ride still, despite the acknowledged accomplishments in debt-servicing solutions (Blue Bond in place of Superbond), effective cost-saving on infrastructure projects, land title facilitation, etc.

But “in times of peace, prepare for war.” It would therefore be wise of the current administration to reflect on its relationship with the PSU, and reconsider this stubborn commitment to the CEO model that has led successive governments down a slippery slope. Recall that corruption and good governance were the issues of greatest concern to voters in November 2020. Recall the pre-election promises made to voters once elected: one such promise specifically was to “demand Senator Aldo Salazar to immediately release the findings of the Senate Select Committee on the hustle at the Department of Immigration.” What about the Ombudsman? It’s been over a year we haven’t had one, P.M. Not important? How about the Integrity Commission? Campaign financing legislation? Redistricting? Are these little governance issues too much of a bother in doing business?

By the way, that Senate Select Committee investigation was a result of the findings of an Auditor General’s report. Fine work; but no praises for the lady in charge as she departs her office. In fact, there was not even a word from Cabinet as a farewell to retiring A.G., Mrs. Dorothy Bradley, who had to inform the public in her department’s release that she would be gone. Happy riddance?

The Belize economy is looking up lately, and our PUP government has made some strides in its first year. But it is our duty as citizens to keep them on their toes and give guidance before they jump the rails and go off track. And one sure way of keeping them honest is to remind them that Belizeans are still very much concerned about “corruption” and “good governance.”

Remember your promises, P.M. Briceno! As irrelevant as it now seems, your party promised “to ensure that the Auditor General’s Office has unrestricted access to information and with full powers of investigation, including subpoena powers… and will be allowed to present reports directly to the National Assembly and not only to the Prime Minister.” Was it all words?

Well, in her parting shot, A.G. Dorothy Bradley revealed what was not even mentioned in Cabinet briefs or at the recent House Meeting. Her office is proud of its achievement in “Drafting of updated legislation in line with the LIMA and Mexico Declaration for the Independence of Supreme Audit Institutions.” And according to Bradley, “This draft legislation has been presented to the Prime Minister for consideration and presentation to the National Assembly for approval.” We’re still waiting, P.M.

Belizean historian, Nigel Encalada recently made a profound statement on the KREM WUB morning show. Encalada said that in his opinion the most important thing to ensure the future progress of our country is the “integrity of leaders.” The checks and balances of parliamentary government are sometimes cumbersome, and leaders are tempted towards authoritarian behavior, to run government like a private business. But as citizens we must continue to remind them, by all legal means at our disposal, that government is ALL of our business, on election day and every day after.