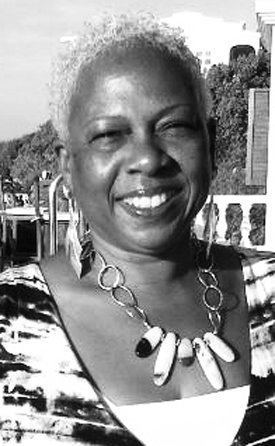 Getting Ready for the Festive Season Holiday celebrations and thanksgiving traditions

November has arrived! Only two months until the end of this year. As soon as the eleventh month arrives, I’m geared up to celebrate the festive season. Why? Because number 1, I was born on the American Thanksgiving holiday, which falls annually on the fourth Thursday in November. Number 2 is that I love celebrating not only the anniversary of my born-day, but the date which we recognise as the birth of the Christ-child.

Thanksgiving and Christmas are holidays when family and friends gather together to celebrate life. Wherever I have been in the world, I have shared these special celebrations with either my family or friends – and on some occasions with both. These dates are not ones that any of us want to spend alone. I have cooked with my mother, siblings and friends. In Anguilla, I even went to a girlfriend’s house and prepared Thanksgiving dinner for six friends.

I love all of the twinkling lights, the smell of Christmas trees, snow falling – that is if one lives in a climate where it gets cold enough for the clouds’ moisture to turn into sparkling snowflakes. Boxing Day was always a big occasion for my family too. For many years on this British holiday, my parents hosted an open house party at the Clan of Fergus residence in Seattle, Washington.

Friends and family gathered to celebrate the season. It was a special affair. All of the food was catered by The Queen (my mum). King Richard (my dad) prepared a ginger ale fruit punch and also his signature deliciously creamy eggnog with brandy, rum, vanilla ice cream and fresh grated nutmeg. There were non-alcoholic versions of these beverages for those who did not drink intoxicating spirits.

We had two freshly cut and decorated blue spruce trees – one in the living room and a smaller tree in the recreational room. All sorts of Christmas decorations adorned various rooms throughout the house. My parents’ bedroom was where guests’ coats were placed.

The fete usually began around 4 pm or whenever the first guest arrived. It ended around 8 pm or when the last guests departed. My sisters and I were the servers and my parents were the greeters. We welcomed everyone joyously.

Our Ferguson Boxing Day event was primarily for adults – although my mother gave permission to a couple of her friends for their well-mannered children to attend. One year, it snowed and only the closest neighbours, who walked to our house, came.

Usually, I was immersed in the kitchen replenishing trays of baked salmon (wild-caught by my father), roast beef, Smithfield ham, which had to be soaked in a washtub before cooking in order to remove excess salt, bowls of pasta and green salads, and baskets of rolls. I hand-washed dirty plates, cups, glasses and cutlery removed from the serving tables.

My sisters seemed to get away from many of the duties I performed. Instead, they mingled amongst the guests enjoying themselves. Who could blame them for having some holiday pleasure?

Christmas Day in my family’s house wasn’t a carefree do-much-of-nothing holiday since we all had to get ready for the Boxing Day party on the next day, December 26th. Nevertheless, we enjoyed December 25th just as well. Presents were unwrapped in the morning, then we ate brunch and had a late dinner.

For dessert, there was mother’s famous fruitcake – a recipe I’ve made several times. The menu was similar for Thanksgiving, although with pumpkin and mincemeat pies.

Mom made fruitcake with candied mixed fruits, pecans, walnuts and soaked in brandy. She wrapped the cake in old tea towels or cloth napkins, then saranwrap and aluminium foil. An old metal biscuit tin we brought back from England, and a cake-carrier on top of the refrigerator in the garage, are where the fruitcakes were stored and preserved in colder temperatures.
The Thanksgiving and Christmas holidays are meant to be celebrated with family, friends, neighbours and whomever we choose. Whatever we do in November/December 2021, remember to celebrate the joy of life!
_____________

Kay M Ferguson is a contributing columnist who uses a nom de plume, The Empress Extraordinaire. Her words encourage us to explore who we are, evolve as human-beings and transform our world. Link with Kay at [email protected]