Should retailers like Kohl’s and Macy’s break themselves up? 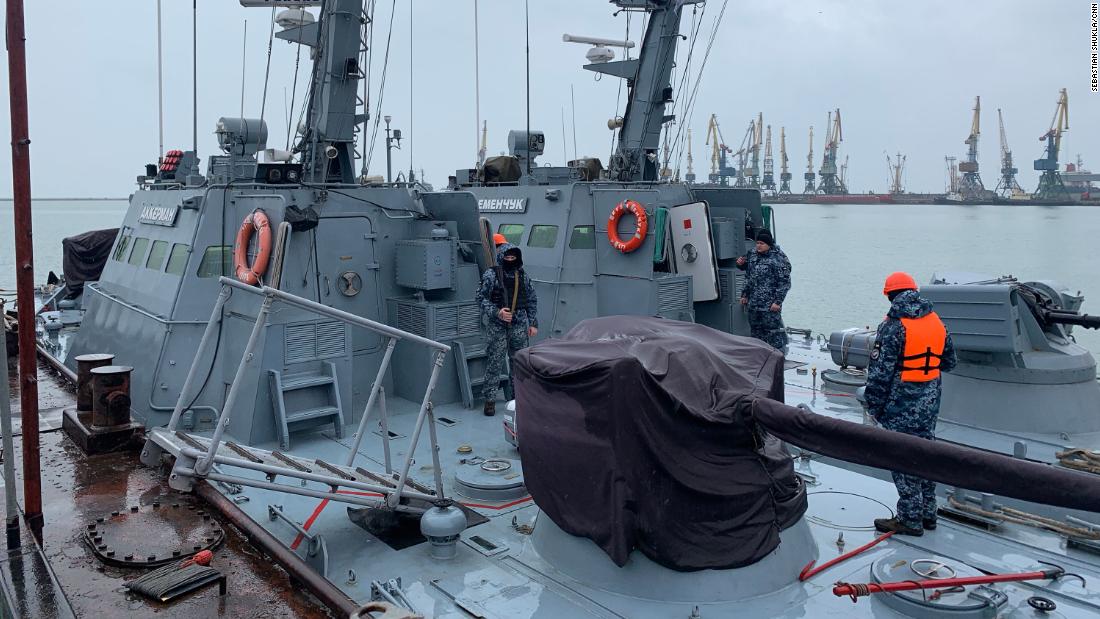 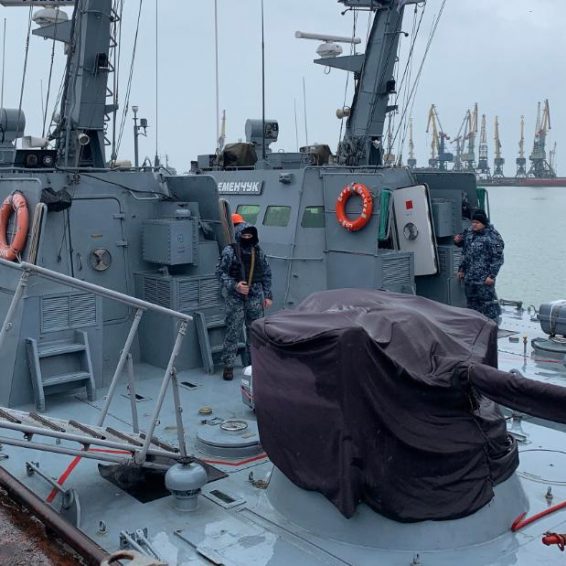 2 weeks ago·3 min read
ShareTweetPinShare
Home
World News
Fearing new Russian threat, Ukraine races to upgrade its navy
The content originally appeared on: CNN
Commander Ivan Ovchar explains his ship’s mission: “To defend and maintain the sovereignty of Ukraine.”
The threat, the officer and many of Ukraine’s allies believe, comes from Russia.
For weeks, US Secretary of State Anthony Blinken has been expressing growing concern about Moscow’s military activity on the Ukrainian border.
“We don’t know what President [Vladimir] Putin’s intentions are, but we do know what’s happened in the past,” Blinken said Saturday during a trip to Senegal, referring to Russian military incursions, acknowledged or not, into neighboring countries.
Read More
“We do know the playbook of trying to cite some illusory provocation from Ukraine or any other country and then using that as an excuse to do what Russia’s planning to do all along.”
The Kremlin has responded by accusing western countries of “hysteria” about Russia invading Ukraine.

With tensions high in the region, CNN joined the Ukrainian navy vessel departing from Berdyansk on Ukraine’s Azov coastline. Usually, Commander Ovchar’s crew comes across six or seven Russian coast guard patrol boats, he says, but on this mission, there were none.
The sea he’s patrolling borders Crimea, the Ukrainian peninsula annexed by Moscow following a controversial referendum in 2014, in violation of international law.
Since seizing Crimea, Russia has built a bridge linking it to its own territory. The Kerch Bridge over the Kerch Strait serves as the only direct connection between Russia and Crimea — and gives Moscow de facto control of the sea’s access to the Black Sea and Mediterranean beyond.
But Ukraine has a plan to try to keep Moscow from taking complete control of the body of water that links Ukraine’s two biggest ports, Berdyansk and Mariupol.
Ukraine’s new Defense Minister, Oleksiy Reznikov, announced November 13 that the pace of building a new naval port in Berdyansk was to be increased.
On Tuesday, CNN gained exclusive access to the “Sehid” or “East” base under construction.
It was immediately clear that a lot of work still needed to be done for this base to be anywhere near completion.
The aim was to complete the first phase of construction — new living quarters, administrative buildings and a small medical facility on the site of a disused tin factory — by the end of year. However, with less than six weeks to go, there was not even a roof on the main building.
A special detachment of military builders toiled with masonry, slapping on cement and laying bricks, a Ukrainian flag billowing as they worked.
The scale of the task at hand became even starker as we walked down onto the port, joined to a commercial port.
“This will be the position of the docks,” Capt. 2nd Class Alexander Serdiyk said, pointing to heaps of warped metal and boulders lying haphazardly in the sea. “We plan to have this section completed in two years.”
But Ukraine may not have two years to prepare for conflict.
The head of Ukraine’s Defense Intelligence Agency, Brigader General Kyrylo Budanov, told the US defense newspaper Military Times that Russia was increasing troop levels and weapons systems in Crimea for an offensive that could come at any time.
The Kremlin has repeatedly said it has no plans to invade Ukraine.
“The American and Ukrainian media claim that Russia is preparing for an attack on Ukraine, and we are saying that Ukraine is planning hostilities against Donbas, against the self-proclaimed republics of Luhansk and Donetsk,” Dmitry Peskov, spokesman for Putin, said Tuesday. “We are deeply concerned about the provocative actions of the Ukrainian armed forces on the line of contact and preparations for an attempt to forcefully resolve the Donbas issue.”
Ukraine’s allies have begun responding to what they see as a fresh threat from its neighbor to the east.
On Monday, CNN reported that the Biden administration was weighing the possibility of sending military advisers and new equipment, including weaponry, to Ukraine. The package could include Javelin anti-tank missiles, anti-armor missiles and mortars.
The US is also considering sanctions with European allies if Russia invades Ukraine.
Why chaos in eastern Europe is never bad news for Vladimir Putin
Last week, British Defence Minister Ben Wallace visited Ukraine and signed an agreement to “develop the capabilities of the naval forces of Ukraine.” CNN learned Tuesday that part of the deal will focus on Berdyansk.
The same day, the Ukrainian navy announced the arrival of two “Island-type” boats named “Fastiv” and “Sumy,” delivered from Baltimore in the United States to Odessa in Ukraine.
“Soon the boats will raise the Ukrainian navy flag and under the command of Ukrainian crews they will begin their combat journey to ensure maritime safety in the Black and Azov seas,” Admiral Alexey Neizhpapa said.
The bigger question is whether new Ukrainian ships and infrastructure, plus warnings from the West, will be enough of a deterrent.