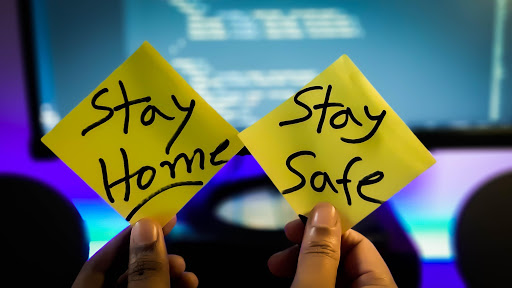 Governor Albert Bryan took steps to curtail the rapid spread of what is believed to be the Omicron variant of Covid-19 in the U.S. Virgin Islands, as the extremely transmissible strain of the two-year-old virus continues to plague humankind.

With active infections at 544 as of Sunday in the USVI — the highest active caseload since the onset of the pandemic in March 2020 — Mr. Bryan during his Monday press briefing announced the cancellation of the scaled back Crucian Christmas Festival on St. Croix that was planned for Jan. 4-6. “We cannot have people walking around at the [Agricultural Fair Grounds] interacting,” he said. The governor said his administration would try to do an event later in January or perhaps February to makeup for the cancellation.

He also announced that beginning today, bars, nightclubs, and restaurants must stop selling alcoholic beverages at 11:00 p.m. Those same businesses are to shut down every night at midnight.

Recognizing that the curtailed hours of operation stand to stymie many plans, Mr. Bryan said the aforementioned businesses will be allowed to stay open until 2:00 a.m. for New Year’s Eve celebrations, and the sale of alcoholic beverages must end at 1:00 a.m. The governor stressed that law enforcement officers were exhausted dealing with the pandemic, and he warned businesses against flouting the order as they would be shut down for 30 days.

The order will continue through Jan. 10, 2022, the governor said. Mr. Bryan further stated that his administration expects the latest Covid-19 surge to last for at least a month. “You’re going to see those numbers increase before they decrease,” the governor added, conditioning residents for higher numbers of Covid-19 as Omicron becomes dominant.

Though the V.I. Dept. of Health is awaiting more than 80 samples sent to the Centers for Disease Control and Prevention to confirm Omicron’s presence locally, Health Commissioner Justa Encarnacion and Governor Bryan expressed certainty that the surge in cases to the highest levels since the pandemic was a result of the variant. Ms. Encarnacion said the numbers being seen in the USVI mimicked similar outcomes in other states and territories where Omicron has been present. The results are expected to return to the USVI Tuesday, the health official said.

“This holiday season has been very busy and we need to curtail the social gatherings to the greatest extent reasonable. In our response we have seen that these are the things that help curtail the spread of the virus,” said Mr. Bryan, who also announced that central government employees would be working from home through January 10. The governor also expects semiautonomous government entities to do the same, and the governor encouraged the private sector to take similar steps where possible.

There will be no restrictions on houses of worship for New Year’s Eve events, “but I’m going to be home for New Year’s Eve, I’m encouraging you to do the same,” the governor said. He said if individuals must go to church, “please just be responsible, wear your mask, be careful; I know you miss and love everybody around you, but refrain from hugging people because this thing [Omicron] is just really, really contagious.”

Mr. Bryan further announced that everyone coming into the territory, including Virgin Islanders, whether vaccinated or unvaccinated, will need to show proof of a negative Covid-19 test taken within 72 hours beginning Monday, Jan. 3, 2022. This requirement will continue for at least 30 days, the governor said.

“If you don’t really need to go anywhere, please stay home,” Mr. Bryan urged. “Remember even if you have your vaccine card from the Virgin Islands you still need a negative Covid test [taken within 72 hours].”

He added, “We’ve done these things before, they work. We know Omicron is going to tear through here, there’s nothing we could do about that, but we can slow it down a little bit.”

There were no changes made to beach protocols, meaning beaches will remain open. The governor also did not announce a change in the tentative in-person reopening date of Jan. 10 for the territory’s public schools. A decision is expected to be made next week, he said.

The territory’s positivity rate stood at 11.6 percent as of Monday, a drastic increase from last week’s 1.6 percent. Ms. Encarnacion said the territory had turned away two cruise ships recently because their positivity rate had surpassed the agreed upon threshold of 1 percent. She said one ship was 1.2 percent while the other was 1.9 percent positivity, the latter having 4,500 passengers.

A Royal Caribbean cruise ship with 6,091 passengers and crew that ended its Caribbean voyage on Dec. 18, reported that 48 people aboard the ship for the seven-day cruise tested positive for Covid-19. The destinations visited by the ship, Symphony of the Seas which is the world’s biggest cruise ship, were St. Maarten, St. Thomas and Perfect Day at CocoCay (Royal Caribbean’s private island), Royal Caribbean said in a statement provided to the media.

Ms. Encarnacion said today it would be difficult to pin the rise in cases on the cruise ship. And Governor Bryan expressed strong support for the industry. “I’ll say it publicly, the cruise ships have been shutdown for a year and a half; they’ve taken a tremendous hit to their business. They’re one of our crucial tourism partners, and I just want to make sure that we give them a fair shake,” Mr. Bryan said. “They’re under considerable pressure as it is with this new Omicron variant and I’m praying for them and hoping that they can get their situation under control so they don’t have to stop sailing again.”

The Omicron variant is proving to cause drastically less severe illness than other strains before it, including Delta. The variant’s less severe nature has been backed up by three major studies so far, one from South Africa where the strain was first detected in late November, another by Scotland, and a third from the United Kingdom. The South African study, published online by researchers at South Africa’s National Institute for Communicable Diseases, found people infected with Omicron were 70% to 80% less likely to need hospital treatment than people infected with earlier variants, including Delta, according to the Wall Street Journal.