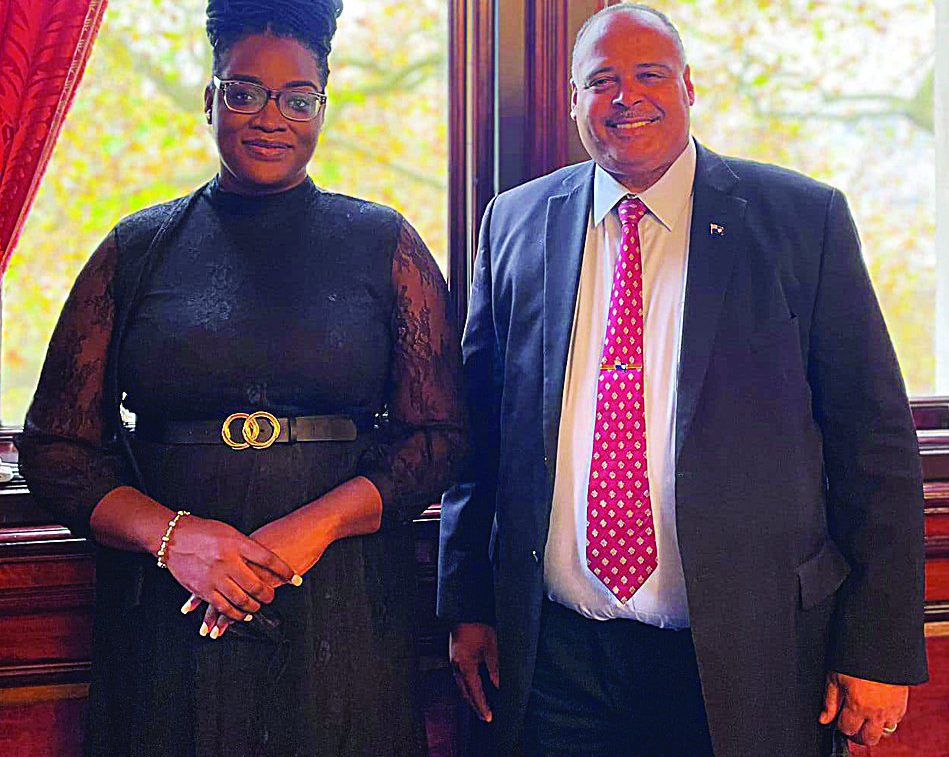 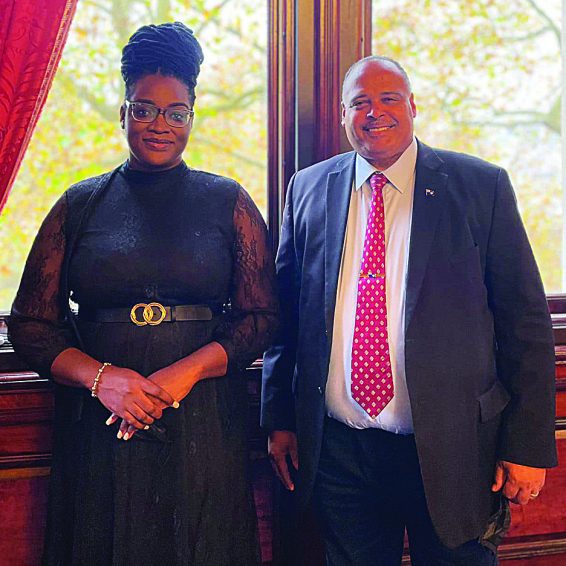 Anguilla’s delegation to the just-concluded Overseas Territories Joint Ministerial Council in London, included the island’s Premier and Minister of Finance and Health, Dr. Lorenzo Webster; and the Parliamentary Secretary, Mrs. Quincia Gumbs-Marie. They were among leaders and delegations from the twelve OTs as well as UK Government Ministers and Officials.
The meeting commenced on Monday, November 15, and concluded on Wednesday, November 17.

The UK Prime Minister, Mr. Boris Johnson, delivered a virtual address at the commencement of the proceedings. This was followed by a detailed discussion on the environment, climate change and biodiversity in the Overseas Territories, chaired by the Rt. Hon. Lord Goldsmith, Minister of State for the Environment.

The afternoon session was chaired by Minister Wendy Morton and Minister Amanda Milling. The discussions centred on the future relationship between the Overseas Territories and the United Kingdom; as well as the economic resilience of the OTs in a post-Brexit and post pandemic climate.

The UK Foreign Secretary, Liz Truss, participated in the final part of the discussion.
The UK-Overseas Territories Joint Ministerial Council concluded on Wednesday. Its conclusion followed discussions on Health, Inclusivity and Law Enforcement. The Minister of Health, Justice, Multiculturalism, Equality and Community Affairs, Samantha Samantha, was in attendance.

Prior to the JMC, Anguilla’s Premier, Dr. Webster, and Parliamentary Secretary, Mrs. Gumbs-Marie, participated in a Political Council meeting.

The Premier spoke on Economic Resilience, Health, UK Relationship and International Maritime issues, among other matters. Mrs. Gumbs-Marie led discussions on Anguilla’s intervention on the Environment and Inclusivity. She also delivered a special presentation on Anguilla’s Blue Economy (BANG) – a new concept of the island’s Government.

Before attending the Political Council and the JMC, Mrs. Gumbs-Marie represented Anguilla at the C.O.P. 26 (Conference of Parties) – Climate Change Conference – in Glasgow, Scotland. That event was held from October 31 to November 12, 2021.