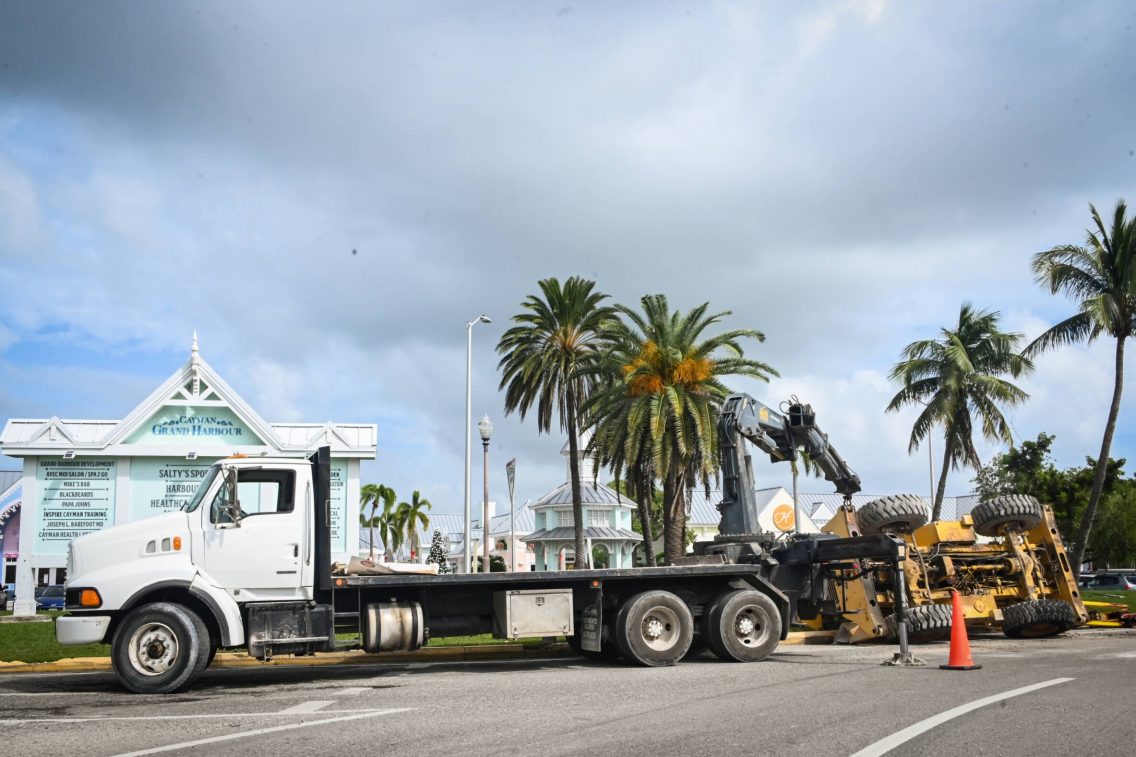 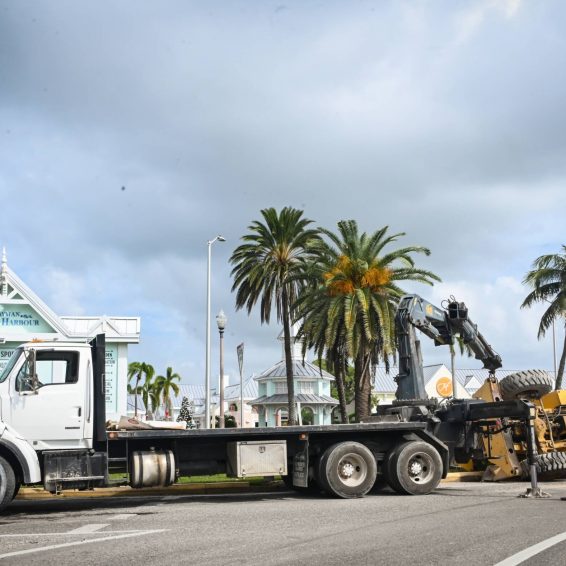 Update, 4pm: Police remain at the scene of an accident at the Grand Harbour roundabout, after a heavy equipment vehicle that was being towed in the direction of Bodden Town fell off its towing vehicle and overturned off the roadway earlier in the afternoon.

Police said no one was injured in the accident.

“For safety reasons the outermost lane heading toward Bodden Town has been closed until the vehicle is removed from the location. The RCIPS is advising that this incident may cause delays, however we will be working as quickly as possible to get this matter resolved,” the Royal Cayman Islands Police Service said in a statement.

Original story: Police are on scene at an accident at the roundabout at Grand Harbour where a heavy machinery vehicle has toppled over.

RCIPS officers are diverting traffic, and delays are being experienced as far as Crewe Road as a result of the accident.

No details are yet available on whether anyone was injured.

Check back for updates.

Man beaten during robbery in Prospect