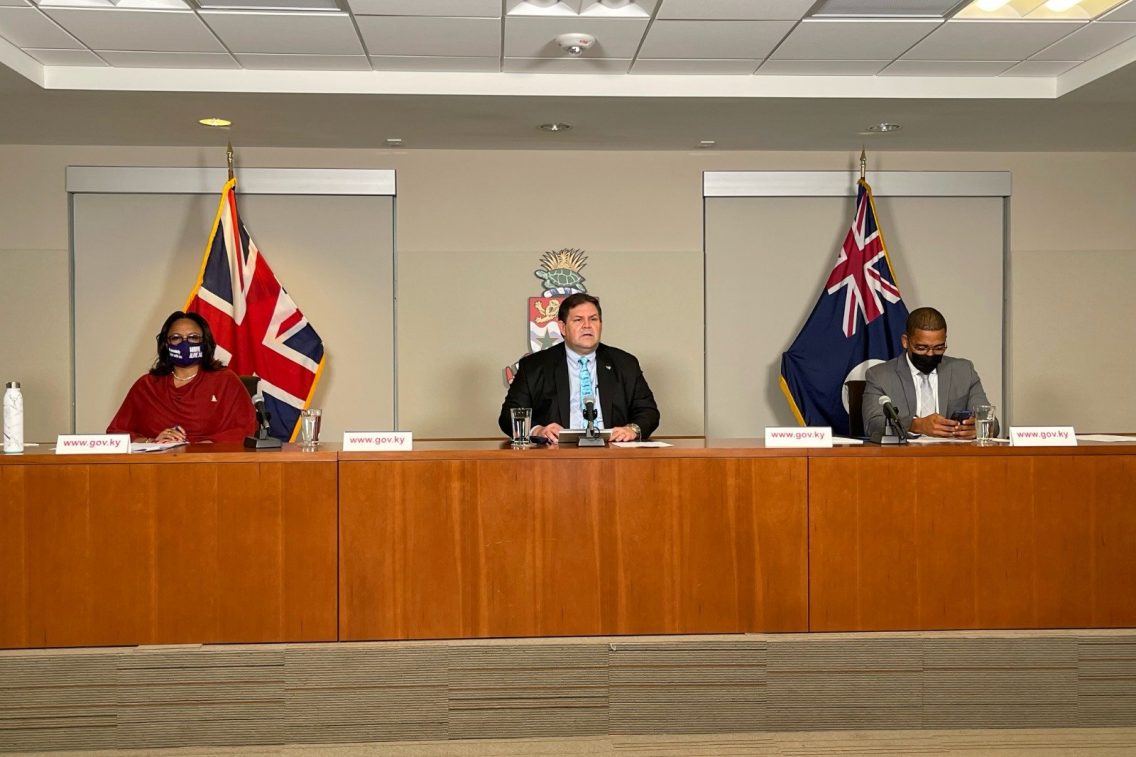 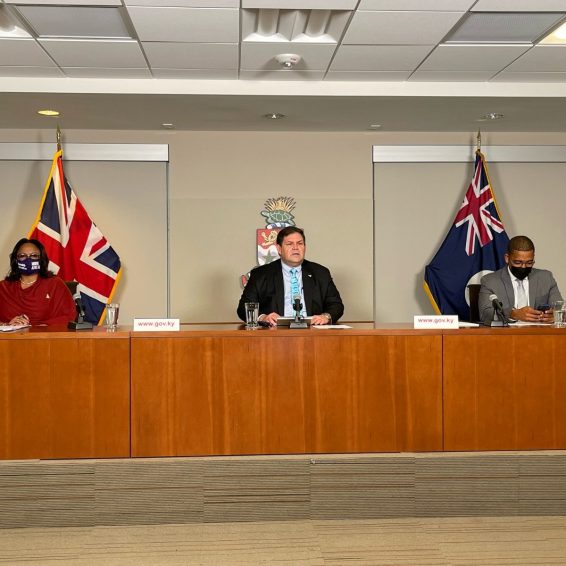 As of Thursday, one person in Cayman had been confirmed to have the Omicron variant, and 10 others were suspected cases, Medical Officer of Health Dr. Samuel Williams-Rodriguez stated at a press briefing.

The confirmed case – the first in Cayman – was reported on Wednesday and involves a traveller from the United States who was found to be positive two days after arriving in Cayman, when the person took a lateral flow test, followed by a PCR test and genome sequencing which identified the Omicron variant.

This means the traveller was in the community for two days before testing positive.

Under current regulations, travellers are required to take an LFT two, five and 10 days after arriving, but do not have to isolate unless one of those tests proves positive. At that point, the person is required to notify the Public Health Department, which will organise a PCR test within 24 hours, Williams-Rodriguez said.

He said a person in the traveller’s household was among the 10 suspected cases. The others were all incoming travellers, most of whom came from the US, with one each from Canada, Mexico and the United Kingdom.

Government members expressed concerns over the speed at which Omicron is spreading worldwide, with cases doubling every two days.

Premier Wayne Panton said, “This is a very serious situation with Omicron. If we do have Omicron that turns into community transmission here, it will spread very, very rapidly, and we have real concerns about that.”

He added that these concerns had prompted government to implement new restrictions locally, including bars and clubs closing at midnight, limits on gathering sizes, and advising people to work from home.

Government officials at Thursday’s press briefing said they would review the current travel restrictions which were introduced late last month following the identification of the new variant in South Africa.

Regulations were passed locally at the time, requiring travellers who, in the 14 days before arriving in Cayman, had departed from or passed through Belgium, Botswana, Eswatini, Lesotho, Malawi, Mozambique, Namibia, South Africa, Zambia or Zimbabwe, to quarantine for 14 days.

Now that the World Health Organization has reported that the Omicron variant has been recorded in at least 77 countries, Panton said the government would likely remove the 10 named countries from the restrictions list.

He said there were no plans to add to the restricted list the UK, or other countries where many cases of Omicron were now being reported.

Under current regulations, all household members of a person who has tested positive for the Omicron variant are required to quarantine for 14 days.

If Omicron is confirmed, the family or household would be required to be in mandatory quarantine.

With early research into Omicron showing that two doses of a COVID vaccine provide limited protection against the variant, and that a third, or booster, dose offers more protection, health and government officials strongly urged anyone who had received their second dose more than three months ago to immediately get a booster.

As of Thursday morning, 21% of the population had received a booster shot.